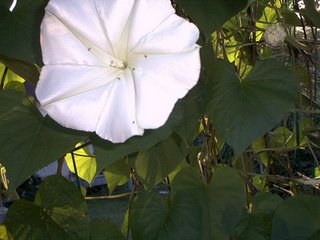 I woke up this morning much calmer about the whole scanning issue. Scan results aren't half as important as pain management at the moment and I'm not going to go to the hospital to pick up the report, even if I don't hear from my doctor today, as I had planned. I can always get the report later, that's not the big thing. I'm going to call and leave a message again if I don't hear by mid morning and explain that I need to discuss the pain issues as well as the scan and could a nurse call me back, if the doctor can't. The good part about literally having a weight on my back is that it is something that can not only be felt but seen and I know that's what's bumping up the pain so it seems like a no brainer to take the damn thing off my back. I'm a little slow these days or that would have occured to me sooner. It doesn't really matter what the scan shows in an immediate sense, in an immediate sense it matters that I find someone to remove the weight from my back. I hope that it will be that simple. Since it's just under the skin, as long as whoever does it is careful about my spine it shouldn't be a big deal. 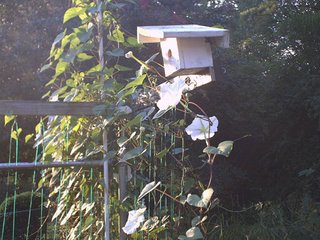 My daughter made it safely back to school and only had her deoderant confiscated from her carry on bag. I worry a little with her flying these days that she'll encounter difficulties but she didn't. Her Dad offered to drive her but she wanted to fly. She had a car until last year but after it was on its last legs, in part, from all of her road trips to concerts; she decided she doesn't every want the hassle of a car again and that she'll only live in cities with good public transportation. I hope it works for her.
Posted by Carver at 8:29 AM

I'm so sorry you haven't heard back from your doctor re your results yet. I hope you hear something today, waiting and not knowing is the worst thing.

I hope all is well and will check back soon.

Ditto what Heather said. Thinking of you and waiting to hear results. Hoping for the best. So where does your go to school?
Man even in major cities you can't always count on public transportation - don't even get me started on Houston! 4th largest city and has to be one of the worst in terms of sprawl and incomptency with Metro. I guess if you lived & worked downtown it MIGHT work without a car but then you'd have to figure out how to get groceries delivered. : ) Not exactly a non-car friendly environment, Houston.
Love,
Amy