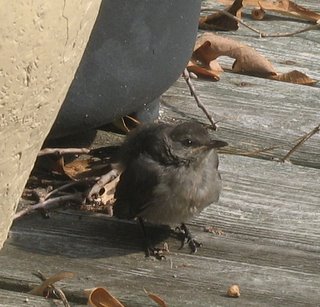 I crashed my "Sight" last night trying to add my melanoma story at the end. Some of the MPIP gang were discussing a FAQ and site which would tell some stories, answer questions for new people, and show different sides of things. I thought a good start for me would be to try and tell my story on my sight first and then edit it down later to something for Janner who is going to set up the big one. The idea behind the site came when one of the long term members discussed being guilty when she doesn't answer the newly diagnosed people's questions but that she's burned out after years of telling the same story. She felt like people getting ready for the groin LND should have a realistic look at it. Of course it's different for everyone, with me and Amy being on the lousy side of that particular experience. Others make full recoveries, hike the appalachian trail and run marathons because I've read about them. As a temporary measure, I was going to add my story, at the end of this journal so I could link it for people. However, it's not balanced enough for that so it's probably mostly a story for my own journal with all my other stories. Or rather stories yet to come since I CRASHED last night.

The irritating part was when I tried to replace an old entry with "my melanoma story from dx through the LND", blogger rebelled and I lost everything. I kid thee not. Two weeks of entries, and photos gone, bam. Anyone who knows me is laughing right about now. Let's face it MY STORY is bound to be long even if it's just about walking to the park.

This time, I went ahead and made my first few entries about my diagnosis and surgeries. I should leave it be for today and hope adding this isn't more than old bloggerhead can take for one day but I don't really like my journal being ALL about melanoma. So I'm adding this to say that I'm going to be writing and thinking about my habitat garden, hikes to come, and better days ahead in the future. I took the picture of the little bird on my deck a week or so ago. That's another story I lost but I won't try to recreate old stories told in the moment. Other moments will keep coming.
Posted by Carver at 2:41 PM