Daughter, this week, old man on a throne 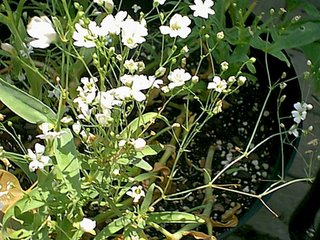 I will be glad to see my daughter's IM name pop up on my buddy list. She opted for leaving the hospital last night just shy of 12 hours after her appendectomy. Since it was done with a laporoscopy, I guess it was more like my laser treatments for endometriosis than it was like abdominal surgery when my appendix and ovarian cyst came out. Even so my comfort level would be higher if she'd spent the night in the hospital. She even said most people do spend the night, according to the doctor. In her case having come in the night before which she spent in ER until they checked her into a room after the CAT scan showed it was her appendix, I understand that she was ready to leave. However, my mommy radar is beeming to Maryland and wishing I was physically ther 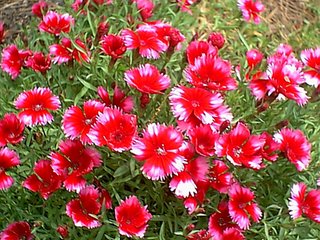 e. I'm doing much better this morning in terms of the sedating quality of my latest med. Instead of taking it right before bed, I took it at 9:00 pm which makes a noticeable difference in how I feel this morning. This is a big week for me. I go to my oncologist and have the initial evaluation at the pain clinic. I am hopeful that both of these appointments will be moving me towards help. I'm not sure what I want from my oncologist. I'm leaning towards an ultrasound of the groin and FNA of the subcutaneous "supposed lipoma". The sooner the lipoma is laid to rest the better because in the unlikely event that it's a subcutaneous melanoma metastais, I will be stage IV. I'm not expecting that and I know my doctors aren't suspecting that but even with a small chance, I want it to be determined as fast as possible. In terms of the groin, if that's melanoma, I suspect it's the same issue that showed up 6 months after my dx and I further suspect my autoimmune response is what has made it show up smaller on repeat PET/CT scans. All well and good except for what that autoimmune response has done to my quality of life. I am such a barterer with the powers that be, even though I don't believe in that kind of greater power. I do believe in the great unknown. In times like this though, I start bargaining with an old white haired man sitting on a throne dispensing reprieves at will. If my daughter will be okay, I'll roll with the punches about me. She's had a PFO diagnosed this year and now her appendix. Give her a break already. The minute I think like that though I remember the children and teenagers with melanoma and what their parents went through. Good thing I don't believe in an old man sitting on a throne because I'd kick his ass if I did. I do, however, believe in something beyond what we can see, touch or feel and I send those good thoughts out and hope for the best.
Posted by Carver at 8:02 AM

I wish your daughter a speedy recovery and I know what you mean about that mommy radar and wanting to be there.

I am thinking of you this week, with all your appointments and hoping for the very best outcome for you, as always.

You struck a chord with me about the old man on the throne, you know how I'm battling with that issue right now. And you're right; I'd like to kick his ass too. In fact, I like the thought of that a lot. :-D

I hope you keep up your blogging addiction, I so enjoy reading it and your photographs are beautiful.