So, after initially being relieved that the lump on my thoracic spine gave me something solid, and which I assumed was a ganglian cyst, and would be a benign answer to increasing pain; I read too much. Then I woke up this morning with unbearable pain. Reading too much was finding out that sometime melanoma is mistaken for a ganglian cyst and here I was, not even at the docs yet deciding what it was. Maybe I was wrong. I hope, of course that I'm right about the ganglian cyst. However, due to the increasing pain, I called the PCP bright and 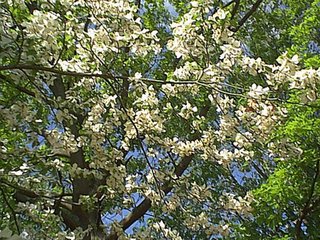 early and got right in with a new one. She was great. Looked almost as young as my daughter which was odd but of course she has to be older than 21 unless she's quite the protege. The thing I liked was that she was very polite, kind, thorough and decisive. She gathered the information, checked out other things, then felt the lump. She excused herself, went to call my oncologist. She couldn't get him because he was in surgery but she talked to his NP and the plan unfolded. To make a long story short I got a thoracic, lumbar and pelvic MRI this afternoon. The PCP wrote me a script for stronger pain meds. She is going to call me Monday and let me know about the scans and whether I need to see my ONC before my regular appointment in early September. It's amazing how much more level headed I am with adequate pain meds.
Posted by Carver at 6:20 PM