The aftermath of my melanoma diagnosis and staging 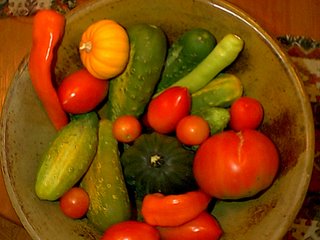 I have told the story of my melanoma dx, WLE, SNB, LND surgeries in separate entries. Following are links: My Melanoma DX, and part two - My SNB and LND. Now for the aftermath.

If you have read the first two parts you are already well aware that my top priority was, WHEN CAN I START RUNNING AGAIN. My doctor's answer was in a long time. I went home from my groin lymph node dissection prepared for a period which would be recovery time. I was not prepared for the drain I would have off and on for 9 weeks that would allow the lymph fluid to come out in a bulb that I would need to measure. The goal was that the output would get down to 35 cc a day. Sometimes mine was more than that in an hour, much more.

I took it easy at first. I had friends bringing food and Bill stayed with me when I first got home. He helped me when the lymph backed up and leaked out around the edges of the tube because no one told me to strip it (get the stringy stuff down to the bottom). I think it was at least 5 weeks before I learned that trick from a resident doctor. Most people get their drains out in a few weeks. Mine came out at 4 weeks to see what would happen even though output was high. What happened was I formed a fluid pocket (seroma). I had a shallow drain put in by the NP after she expressed 600 cc of fluid. It wasn't up to the job and a week later my ONC put in a deep drain again. A week after that when I was still putting out too much fluid, my doctor gave me an injection through the drain to help dry me out. I got another injection a week later. FINALLY the next week, I had the drain removed. I was still putting out 40 cc or more a day but it was close enough. The next day I ran for the first time since the day before my SNB. I also did push ups and the fluid leaked out so I stopped that.

I had built up to walking 2 to 3 miles most days with the drain still in. I even walked 5 miles a few days but that was too much. By the end of May I got up to walk/jogging intervals of 20 minutes each for well over an hour and the seroma reformed. By June I was fatigued and starting to have pain again. I went to my ONC and he said I was overdoing the exercise. I bought that and tried to slow down. On June 30 I thought I was having a stroke or had a brain tumor. Blurry vision, numb hand and feet, couldn't get my words out and severe pain. Suffice it to say that I wasn't having a stroke and no tumors showed up on my brain. However, I have had ongoing neurological issues and pain since then which I'm still dealing with. I go back and forth between building up to 2 1/2 mile walks to barely limping around the block. So that's it folks in terms of where I'm at almost 17 months after my LND. If you arrived here from a separate link, you can click on home below to go to my main page for all my meandering stories and lots of fun and not fun links.
Posted by Carver at 10:31 AM

You are really an inspiration.I love your website. It is so pretty for such an ugly disease.I had melanoma in situ. I was lucky,to have caught it earlier. I got a pool and was in my bathing suit a lot.The only reason I went to the doctor was so my Mom would quit bugging me. Thank-you Mom.I thought it was just where my bra strap rubbed into my skin.I am now doing a project on melanoma for college.I am 50 and back in school.After just reading stats and info it was more informative on a personal level reading your experiences.God bless you for caring and sharing.I will keep you in my thoughts and prayers. Gail