The oddest things can be reassuring 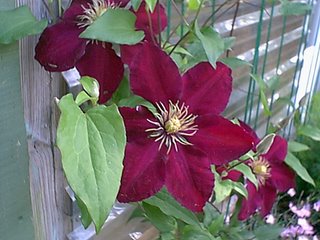 The oddest things can be reassuring. When I started writing on this sight of mine a few weeks ago, I was preoccupied with trying to go to MD Anderson in Houston for a one time consult. It's not that I don't think I have good doctors here, I do. It's not that I couldn't get another opinion in network, I could. Living in the triangle area of NC, I have Duke, UNC, and Blumenthal all in network. I have options. I am satisfied that my doctor at UNC is good, he certainly has the creds. If I need treatments not offered at UNC in the future, I have Duke even closer to my house than UNC. I'm also not that far from NCI (probably 4 hour drive) which is good if I ever needed and got accepted into a clinical trial there. What I wanted from MDA was a one time consult where their doctors would look at the big picture with fresh eyes and I could get it all done over the course of a couple of days.

I was afraid that something new would be lost in the sea of chronic pain and neurological symptoms which I've had since a little over 3 months after my groin lymph node dissection. I could tell something was different but hard to put my finger on it. The most obvious manifestation was an puffed out pelvis but that wouldn't explain everything, even if I had a deep node involved which was jamming up the works.

So zoom forward to now. I've had increasing pain in the middle of my back, a new place for it to focus. I've had ongoing spine pain since my 2005 surgeries that shot from the top down but nothing like this. I felt along my spine and low and behold, I have what feels like a ganglion cyst slam damn in the middle of my spine. I used to get them in my hands when I played guitar a lot. I googled and found out that not only can people occasionally get them along the spine, having one there would explain most of my increasing and new symptoms excepting the pelvic pain. It was a relief in an odd way. A ganglion cyst I can handle. Beats the hell out of melanoma along my spine, which I feared. This mass isn't anything like myofacial knots and is so much like my old hand problems that I'm pretty confident that's what this is. I don't believe I'd have a metastatic tumor that big along my spine and do as well as I have. Also it doesn't feel like what I'd expect a metastatic tumor to feel like. I find it reassuring in an odd way. A ganglion cyst I can handle.
Posted by Carver at 7:24 AM