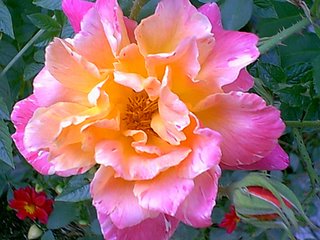 I was reading through the TopHealth newsletter, which is stuck in with my pay checks, today and it included 7 questions to ask about surgery. Number 2 on the list was: How will this operation help me? and 6 was - What if I don't have this operation? Number 5 was - What are the risks of having this operation? If I had asked my doctor those questions prior to my groin LND, I probably would have had the surgery anyway. It would have been nice going in to realize that the SNB as well as the LND are primarily for staging. It would have been nice to know that there has been no proven statistical benefit to removing non clinically involved nodes. It would have been easy at that point to have convinced me of the wisdom of the surgery but I would have liked to have been told up front that it was not a treatment of any kind and did carry a risk of chronic pain. I can see the doctor not wanting to go into every remote possibility but at least the broad strokes would have been nice. I didn't know enough to ask those types of questions myself. It never occurred to me to question if there was any benefit of the surgery.

What I had trouble with was the way it all happened so fast. I realize, however, that without all the issues I have had with chronic pain etc., I wouldn't be second guessing. It would have been nice if someone had told me up front that some studies suggest that the SNB is of most benefit to people with thin and intermediate primaries. The point being that you already know someone with a very thick primary should be followed closely. There is a study I'm linking about the role of lymphatic mapping with melanomas over 4 mm being unclear on the off chance someone in a situation like mine reads this and wants to check it out. After all is said and done though, I'm glad I did have the surgery because otherwise, I would have second guessed that decision forever. I'm not suggesting I shouldn't have had the surgery I only wish I had known more up front.

I got the standard of care and beyond it for that matter. My surgeon is good at what he does. My body's reaction to the surgery couldn't have been predicted. For that matter it's not even clear if the surgery was my problem. I healed well. My scars are fading nicely away. I never had an infection. My only post surgery problem was drainage but that was a minor matter in the scheme of things. As to my ongoing problems, I may very well have had the problems without the surgery. I still suspect if I don't have active cancer, I'm having a weird autoimmune response. I mostly wish that I had been told more up front.
Posted by Carver at 10:00 PM