My Sentinel Node Biopsy (SNB) and then the LND 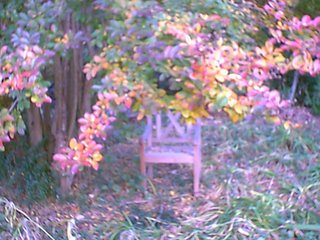 If you arrive here from a separate link and want to start at the beginning of this saga with my diagnosis, click on the following link: My Melanoma Diagnosis. You can also click on home to go to my main journal page for all my meandering stories.

On the morning of my sentinel node biopsy, we arrived bright and early and went to the nuclear science hospital first. They injected me with dye to show where my first major draining lymph basin was. I lit up two places, one was high and one was low in the inguinal basin (groin). We went to the main part of the hospital to pre-op with my film. The anaesthesiologist told Bill to kiss me which he did and off I went.

I woke up in recovery asking for BF and with that surgery I got him quickly and he gave me my nicorettes. I stopped smoking in 2001 but still chew. I was a little nauseous but after some coke, saltines and time was set to go. I was at the hospital from around 7:00 am until 7:30 pm. We drove home and BF got the percocet script filled and picked up an ace bandage. My doctor had told BF that I needed to keep the wrap on my leg except when I showered but someone forgot to wrap my leg so although I was bandaged, I didn't have the wrapped leg. We made do with an ace bandage or rather I made do with an ace bandage.

That was February 23, 2005 and it wasn't too bad. I was sore but the meds worked and it was a lot better than my radical hysterectomy or even my ovarian cyst/appendectomy surgery. I walked up the hill in my back garden the next day to check on my greenhouse plants. I did the same the next day. On the third day after my SNB and WLE, I went on a very slow walk and did low key gardening. If you are wondering how I would know all this, I was keeping an exercise log prior to my dx to help in some turning 50 in 2007 goals and I kept it up, still do.

The next day, Monday, I started feeling worse and didn't do much of anything until I saw my doctor on Thursday. I felt like I was being stung by a bee on my thigh and my neck, shoulder and spine hurt. I was switching over to ibuprofen. I went for my post op visit on March 3 the day after my daughter's 20th birthday. I found out that my sentinel node had a minute focus of metastatic melanoma, that 2.8 mm of dermal residual melanoma had been removed from my primary lesion area and that I was going to have another surgery. I was pissed. But all I said was, when can I start running again after that surgery. My doctor looked pissed but all he said was a VERY long time. By this time, even I knew I was getting tedious with my reaction to each new event being to ask, when can I start running again. It was clearly a priority for me. It represented getting back on track and where I was before this nightmare began.

I found out I was having the superficial inguinal nodes removed and would need to spend the night in the hospital, longer depending on various issues. I didn't know this at the time but he also was removing the node of clouquet (predictive of whether deep nodes are involved) and nodes from my adductor muscle. I still have a hole in that muscle. I didn't know I would be going home with a drain which would collect lymph fluid. I was given the opportunity to ask questions but all I wanted to know was WHEN CAN I START RUNNING AGAIN. Running was my mid to late 40s answer to getting older and I know at some level I thought that everything would be okay as long as I could keep running. I left that appointment exasperated and I doubt I was the only one.

I went on slow walks and puttered in my garden each day until my groin lymph node dissection which was on March 11, 2005. I woke up in post op asking for BF and my nicorettes. They said it wasn't on my chart. I said call the doctor. They did and Bill was brought back with the nicorettes. I was taken into my room and had the morphine pump going through my IV. I can't say I didn't feel any pain but it was tolerable. The weirdest part was the drain which the nurses came in to empty and measure every few hours. It was in my lower abdomen near the top edge of the surgical line. I didn't try to stand until late that night and had a nurse in the room the first time since they said not to get up on my own. The next morning BF came with a flower and starbucks coffee and the newspaper. I was doing well enough to go home with the drain, a script for percocets, and measuring cups to empty the lymph fluid into. I also had a chart to write down my output, and a safety pin to attach the bulb to the top of my skirt. Boy was I glad I wore a skirt. Must be a pain for men.

If you would like to read about the aftermath of my lymph node dissection you can go to the following link: The Aftermath
Posted by Carver at 9:23 AM

deja-vu! is all I can say. Although, my question was, when can I go back to work...not, that I actually wanted to go back to work! (lol) I too, had the dye ran to my sent. nodes...little was I too expect that these would come back positive...I was already bothered by the fact that I was having trouble walking because the lymph fluid was not being absorbed by my body...they had to numb the area and take it out. Then, came, the "lymph node dissection"---at which time, I was asking, when will I be able to go back to work...I was in the hospital for 5 days...I too, had to go home with a drain for my fluid--which, I still have a hole in my leg to remind me of. I have a total of about 10 inches of scar tissue. God, I couldn't even look at it. This was by far, worse than my c-section 13 years ago. I thought I was goina dye when they tried to get me out of that bed for the first time. I held the tears back. The pain was unimaginable. Here I am almost six weeks later...walking better, thanks to physical therapy, which, I was in denial about as well...I said, I don't think I need therapy-I'm young, etc. etc. Just wanted to share my story with you. You can reach me at http://carepages.com
my name is Summerbead I have just posted photos...I wish you well on your journey in life...with melanoma...