A few of my bittersweet berries have burst open to show off their fall colors.

The female cardinal below seemed to be lost in her thoughts.

The little finch also stayed in repose for a long time.

A male cardinal posed for me.

We had our first hard freeze over the weekend.

More and more trees are putting on their spring clothes in Raleigh, NC where I live.

The mourning doves are the same color as my deck.

I've been spotting a lot of brown thrashers in my yard and on my deck.

Last but not least a mockingbird.

Click for the home of Nature Notes.
Posted by Carver at 11:59 AM 15 comments:

Today's Flowers and Weekend Flowers: going to seed and to sleep 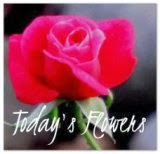 My fairy asters are going to seed as they always do this time of the year.

Only one of my hydrangea blooms still has a touch of color.

The rest are brown and curling up for fall.

We have a freeze warning tonight so I'll have to check in the morning for flowers with frost although I don't have much left in bloom.

Click for Today's Flowers and here for Weekend Flowers.
Posted by Carver at 7:00 AM 7 comments: 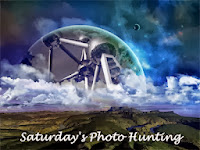 The wind gave the trees a stir and shadows were cast on the concrete.

The first group of shots were taken on a hike to the Elk River Falls.

Fall colors were pretty far along in the northern parts of the NC mountain range but barely started at the southern end.

Some of the mountain shots are similar to ones I used on other posts.

I took so many pictures partly because every time I got out of breath I stopped to take a shot.

I haven't been walking much lately so I got out of breath a lot.

This waterfall was very dramatic.

I love rocks so I tend to photograph them on hikes.

I'm surprised that I've never hiked here before but there are so many places to hike in the NC mountains we still find new spots to explore.

I love the splash of color on trails this time of the year.

I amazes me how trees can take root and grow out of rocks.

I took the next shot on Monday, October 14 when we drove to Asheville along the Blue Ridge Parkway in the rain.

There wasn't much fall color at all when we got that far south on the mountain range.

The shot above and the next group of shots were taken at Crabtree Meadows which is further north on the NC mountain range.

It stopped raining on Monday in time to hike up to the Crabtree Falls.

It amazed me how a tree could grow in the middle of the stream and the water from the waterfall rushed around it.

It was muddy from all the rain and we had to watch our step not to slip and slide.

The next group of shots were taken on Tuesday when we went to Roan Mountain.

It was a pretty drive there from Spruce Pine, NC where we were staying.

It was nice to have a blue sky for a change.

Some of the evergreens had lost a lot of their leaves (needles).

Some of the evergreens were just dead trunks with no leaves.

I like the way the yellow flowers were growing with the colorful mountain behind them below.

The rest of the shots were taken back home in Raleigh, NC at Lake Johnson on Sunday, October 20.

We're still in the early part of fall in Raleigh.

I like to see how different parts of my home state get their fall colors at different times.

I spotted these cormorants on the lake.

Sunday was a perfect day for a walk and Bill suggested driving across town to Lake Johnson for a change.

I like the way the cormorants spread their wings and keep them open for a long time.

I had trouble shooting them because of the lighting.

Click here for the home of Nature Notes.
Posted by Carver at 8:00 PM 15 comments: