My melanoma diagnosis and more 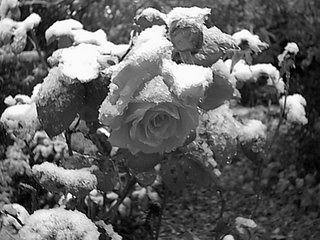 I went to my oncologist on February 10, 2005 the day after seeing my dermatologist. My dermatologist had told me that I had a 6.9 mm breslow nodular melanoma lesion. It was at least that deep since it was a shave biopsy which compromises knowing the full depth. Four out of five of the dermatopathologists who reviewed my slides thought it was a metastatic lesion. I was given the stats for 5 year survival for stage IV patients since they thought I might be coming in at stage IV as well as for patients whose primary was as thick as mine but didn't have metastatic disease. Neither set of stats was encouraging although one was bad and one was awful. Prior to that time, I thought my dermatologist was removing an ulcerated blood blister although he said if it hadn't been there for over 20 years, he might have suspected melanoma. The only reason he didn't suspect melanoma was that he didn't think I would have done so well all those years, if it had been melanoma.

Did I mention that I saw a dermatologist when I was pregnant in 1984 who made me feel stupid for coming to him with a symmetrical lesion and I decided to never go to another dermatologist again. Well, that's what happened. Finally after years of nagging from everyone who saw the lesion when my swim suit rode up, NEVER turned into 21 years later and I went to a smart, funny, kind dermatologist who took my nodular melanoma right off. I should also mention that although I was in the best health I'd been in for years, was running most mornings, working out with weights, and swimming as I approached my 48th year, I had been feeling bad for weeks and started associating that with the stupid lesion (dome shaped by that time although originally a raised mole).

The day after I saw my dermatologist and found out I not only had melanoma but that it was very serious, I saw my oncologist for my initial appointment. I not only saw him, I saw the admitting nurse, a patient social worker/counselor, a nurse practitioner, and the resident doctor who came in with my oncologist. Did I mention that it had sunk in that this was SERIOUS. Well it had but the first thing I said to everyone was: I don't care what you do or say but I don't have any intention of checking out any time soon. All I want to know is where I need to be when, do your thing and by the way: When can I start running again after you're done.

I got the talk from the nurse practitioner and an exam and then another exam and talk from my ONC. The bottom line was that I was getting a SNB (sentinel node biopsy) to see if the cancer was in the first draining lymph node basin and a wide excision but first I would get a PET/CT scan to make sure the cancer wasn't already in an organ or other site. I said, fine, but how soon can I run after the SNB and WLE. My doctor explained those procedures and I said, HOW LONG. He said a long time but that I could run the day before surgery. I ran to my car.

A week later, I ran in the morning and saw my ONC again in the afternoon. That was two days after my PET/CT scan. GREAT NEWS. Nothing else showed up on the scan except uptake in bones in my feet and rotator cuff that were classed likely to be degenerative changes but should be compared with clinical findings. My ONC squeezed my toes and patted my shoulder so maybe that was the clinical part. He went over the surgery again and I said: can you tell me how long it will be before I'm running and he said a LONG time. I ran to my car. I ran the next day and the next and worked out with weights the next day. I ran the next day and the next day and the next day arrived with my ex-husband/friend at the hospital for surgery. The main thing that sticks in my mind is during the pre-op the nurse left a mastectomy patient's chart on my bed. I picked it up thinking it was my chart and very quickly called the nurse to let her know she left something that didn't belong to me on my bed.

Note - if you arrive here with a separate link that I provide, Click on the following link for the next installment, if you aren't bored to tears already - My sentinel node biopsy and lymph node dissection. You can also click on home to go to my main journal with all entries.
Posted by Carver at 9:17 AM

Carver, YOu are so uplifting with your thoughts and your ambitions. I haven't been on the MPIP site much lately but I have found your site and thought WOW! Just wanted to say "Hello!" and glad all is going well with you!

Carver, I applaud your bravery regarding your melanoma diagnosis. Also, I’m very glad that your dermatologist and oncologist picked up on what was happening. That definitely prevented your situation from getting worse. I hope you are feeling much better these days!