I woke up furious 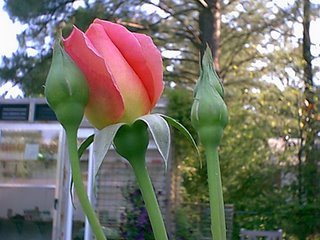 I woke up this morning madder than a wet hen. Mad at the system not any individuals. Mad because other than the pain management end, I can't see how it could have been that different. The pain management end of my care could have been much better. I'll start there. About four months after my dx, with surgeries in between, I had unbearable pain and neurological symptoms hit. Still not sure why. Maybe an autoimmune response combined with being in that percent of people that have delayed ongoing pain after an LND. The short story is different docs wrote short terms scripts to last until I was passed to the next doc, until finally landing with a pain management specialist.

The pain doc was having a bad day at our first appointment which clouded everything for me. I know it was just a bad day because of something I heard totally coincidentally from someone not attached to his office. The point being I know he's normaly quite nice both from others and from what I later saw for myself first hand but he was anything but nice the first time I saw him. He was rude. While he flipped angrily through my chart, his NP and I chatted and he said, be quiet, I'm trying to read. We were both in semi shock. He then told me I had fibromyalgia after barely examining me and said that I also had buildup of adhesions from the groin dissection, duh. He went into his hydrocodone lecture and said if I would sign a paper saying I wouldn't get meds from anyone else he'd write refills for that and try to keep increasing my gabapentin. He said at some point he might try an ilioinguinal nerve block. I said that as a cancer patient with my oncolgoist cu 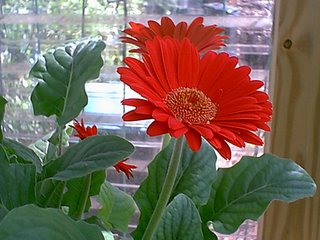 rrently following a possible recurrence, I might need medications from other doctors. He said, of course in that case you will, you know that's not what I meant. I said, no, when I am asked to sign something, I assume that it is binding morally because I honor my word and signature. He brushed me off.

Before I saw him, every doctor had seemed to appreciate, and had read my summations of what was going on. They are skimmable and cut to the chase. For him I did a spreadsheet of meds so he could see how long a gabapentin increase helped and at what point I had to start adding in more over the counter meds with the hydrocodone and gabapentin. He refused to look at the spreadsheet and told me to stop doing that. He said it was obsessive. I was in so much pain by then that I let it go and left assuming I'd need another pain doc.

I found a pain clinic close by which I decided I'd try to get into and at my next neurology appointment, I told that doctor who is GREAT that I wanted to try to get into the Rex Pain Clinic. I explained the Dr. Pain and I weren't a good fit. I knew I could go to the pain clinic where my oncologist is, if I was willing to wait 3 months to get in, but it would involve an hour each way, including parking and walking in. I didn't think that was a good idea. Therefore, I went through my neurologist to try and get in at the local hospital's clinic. Before I found out they wouldn't take me on, Dr. Pain called me on the phone and made nice. He said he felt like we got off on the wrong foot and he talked to me at length. Close to an hour. I mentioned being put off by the way he reacted to my chart of meds because basically I did what the ACS recommends. Being at my computer all day, since I work from home, I carried it one step further. I did an easy to read spreadsheet VS a daily log because I thought it would be easier for him. He accepted why I did that but he said he'd seen people again and again become obsessed with their pain. HELLO. When you're in constant increasing pain it's not like it isn't a big factor in your life, unless it's adequately controlled.

Zoom forward. I've been seeing Dr. Pain now since November of 2005. He's been okay and to be fair has increased pain meds when I've asked but I haven't trusted him enough to let him know I needed an increase recently. It's not just about trusting him. I've been afraid that new warning signs would be lost in a sea of symptoms. I was the one who most didn't want to be overmedicated unless someone was looking into the causes.

My neurologist has continued to look at possible causes but he leaves the oncology issues to other doctors. The other doctors have done routine follow up but I feel like I've been stuck in a box of someone with chronic pain. No one except my neurologist is looking for answers, or weren't until my most recent problems. The deal is that I don't fit fibromyalgia, as convenient of a label as it may be. My condition has been changing. I should at least rule things out today, if I don't rule anything in. The reason I woke up furious on the morning that I'm to get the MRI results is that the past year may have been my best year after dx. It may never be any better and the pain may never be as controllable as it could have been this year with adequate care. Then again, I may be back where I started with no clear dx. The good thing is I have a PCP now that I like and already trust. The bad thing is I may either get devastating news or find out that there is nothing they can put there finger on as to why my condition is rapidly deteriorating at this point. To be continued after I get the phone call from my doc which I was told I would get today.
Posted by Carver at 7:52 AM