I love the rain 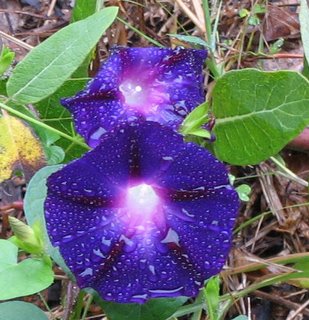 It's been raining all weekend and I'm loving it. The deep soaking rain that get those deep roots of trees and bushes. I've always liked the rain, storms with big boomers, and snow storms. I like the way ice storms look but am all too aware of the damage they can cause. One winter I didn't have power for 11 days in the middle of an unusually cold winter. The ice storm brought down trees and powerlines city wide and my subdivision was amongst the last to get power restored. The temperature inside my house got down to 30 degree F and I ran out of dry wood for my fire place. During the day, towards the end of that ordeal, I could sit in my greenhouse to get warm. With the sun beating down on my greenhouse it was almost too warm. After that storm there was a rush to get generators. One of my close neighbors who I know well had a generator put in her house. She said if we had another situation like that notorious winter of 2003 that I could stay with her and 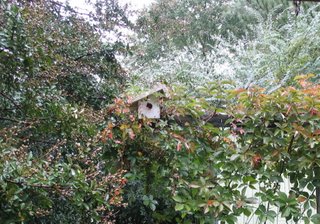 her husband. Although we've had a few snow storms since then, after the big rush for generators, we haven't had any big winter ice storms that knocked out power. So the people with generators haven't needed them yet. Last winter, not only did we not have any ice storms, we didn't have any snow accumulation. As much as I missed having a winter to speak of last year, I know to be careful what I wish for. It would be hard for me to deal with trying to get around in bad weather. At least my balance problems have been corrected with the vitamin D. That's a big one for me because I hated how vulnerable I felt when 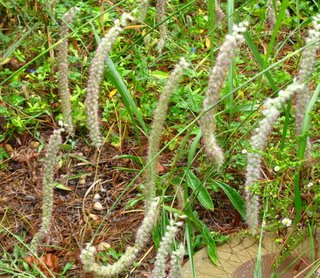 my balance was so off. Sometimes it was so bad that I would feel like I must look drunk which I didn't like. The doc said it would take awhile for the D supplements to help, if it was going to, with the myofacial pain. I can already tell it's helping with the bone pain. Making any forward movement means a great deal to me. What I couldn't take was each time I found an equilibrium and felt like I could cope with where I was, I fell back significantly and that's when I worried about a melanoma recurrence. Anything new in the neurological or pain area is what worries me. Hopefully, I'm putting all of that behind me. Having a doctor who looks at the big picture is very helpful. Not only do I have a PCP I like, I also have a rheumatologist who looks at a bigger picture than the other specialists have seemed to. I hope it goes well with Dr. Pain this week. My regular appointment with him is on Friday the 13th, oh my. To be fair, he made the effort, after he was rude at my first appointment with him, to fix it. He called me and we talked at length, plus he listened. He acknowledged that we got off on the wrong foot and he tried in his own way to make amends which I appreciate greatly. My biggest problem with him is I feel like what he's done other than the one time I got injections has been the basic writing out scripts which anyone can do. I was hoping that if I could get into a pain clinic they would take a more in 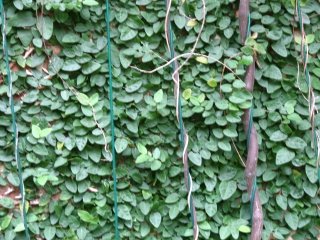 tegrative approach. Oh well. The P.T. I am in now will hopefully help in time. At this point it's pretty tiring but I'm already regaining range of motion in my right arm which has been limited by a frozen shoulder. The lymphedema in my left leg hasn't changed that much but at least it's not as bad as it got at one point. It had gotten better before I started with the outpatient clinic. Although they are hoping to help it get better than it is now, it's not so bad. I like the fact that I am learning things I can do on my own after I've finished P.T. The pool session this week included running in place in the water which I can do at the Y or my neighborhood pool. The clinic P.T. sessions included some work in the gym and I can do that at the Y. They are also giving me lymphedema massages. I am well aware of my good fortune in the scheme of things.
Posted by Carver at 9:01 AM

Just checking in after having stomach flu this past few days... or at least hoping it was just stomach flu, you know what melanoma does to us... makes us worry. Ha.

I loved the Angels, they made me smile, and the picture after the rain. It's been an awful week, this past week, hasn't it...? I just wanted to let you know that reading your blog was so calming and comforting for me amidst everything. Thank you.