The photohunt theme this week is sad. I decided to illustrate a sad song with the photograph below. 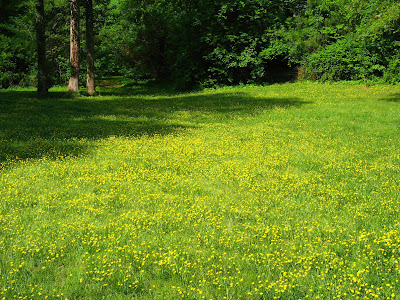 The sad song I'm illustrating is Where Have All the Flowers Gone by Pete Seeger. Pete Seeger wrote this song during a dark time in his life. I talk about that below but since it's long, I understand if anyone want to skip that and let the photo and song title stand alone. All the photographs in this post were taken this spring at the park where I used to string buttercup necklaces as a child. 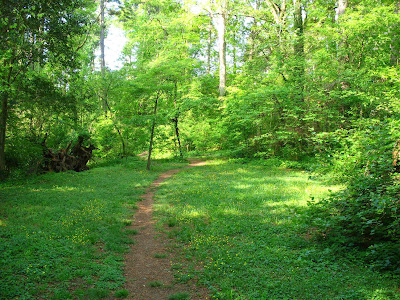 I also have a photohunters post with SabineM on Snap2Days which has our side by sad photographs. You can browse early photohunt posts on

PhotoHunt
and Saturday at the home of the hunt PhotoHunt. Below talks about Pete Seeger, Where Have All the Flowers Gone, and has a video of the song if you are interested. 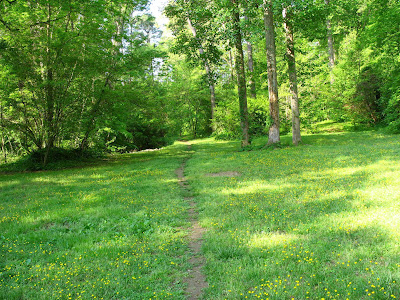 Pete Seeger was summoned to testify at the House Un-American Activities Committee in 1955. He refused to plead the fifth and below is part of the exchange. It makes me sad to remember that there was a time in this country I love when Joseph McCarthy could hold the kind of power he did. It makes me sad to learn that Anne Coulter defended McCarthy in her third book which was written in 2003, fifty years after the House Un-American Activities Committee was meeting. 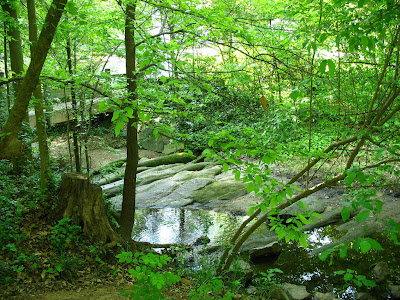 It gives me goosebumps to read Pete Seeger's courageous answer below when he was questioned in 1955:

CHAIRMAN WALTER: You have only been asked one question, so far.

MR. SEEGER: I am not going to answer any questions as to my association, my philosophical or religious beliefs or my political beliefs, or how I voted in any election, or any of these private affairs. I think these are very improper questions for any American to be asked, especially under such compulsion as this. I would be very glad to tell you my life if you want to hear of it.

MR. TAVENNER: Has the witness declined to answer this specific question?

CHAIRMAN WALTER: He said that he is not going to answer any questions, any names or things.

MR. SCHERER: He was directed to answer the question. 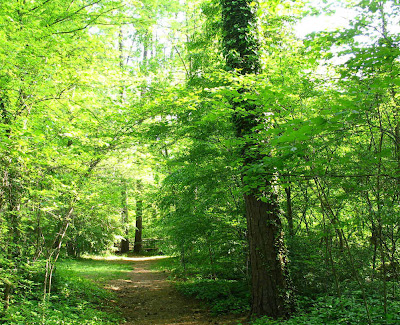 Pete Seeger refused to answer and was indited on charges of contempt of congress, convicted, but later was reversed on appeal. This was the back drop for when he wrote Where Have All the Flowers Gone which was also inspired by lines from a Ukranian folk song referenced in the Mikhail Sholokhov novel And Quiet Flows the Don (1934).

If anyone isn't familar with this sad song, below is a video of Pete Seeger singing it in concert many decades after he and many others first sang it in the 1960s. I'm guessing the video concert below was in the 1980s.

Please stop at my PH post also: in HERE or HERE Thanks

i have never heard of that song before but it was nice that you introduced it :) i thought it suited the theme well.

have a great weekend :D

I love this post! I had forgotten all about that song -it IS very sad but so beautiful. Thanks and have a nice weekend, Annie

I've heard of that song too!~ And nice idea for theme! But still those colors makes me happy:) Mine is posted HERE. Happy PH!~

Powerful!!! I used to string buttercup necklaces too, and dandelions. My Mom was a flower child :) My entry for Photo Hunters is here

Please stop by if you have a moment :)

What a sad story. But it taught good lessons to everyone (especially that touching answer of his).

Lovely post!! even though that is a sad song, beautiful pictures to illustrate that song, well done!!

Oh what a great post for this week - well done.

Great post. I love Where have all the flowers gone. and "Quiet Flows the Don". I love his stand against the HUAC. Happy weekend

great post. the theme this week is pretty difficult for me, but had this in the bag.

THANK You, very interesting! I had no idea, and I knew the song! Great take on the sad theme!

Lovely post! I also love how we relate photos to music.. It's inspiring and beautiful for sure. And lifts up my "SAD" spirits. :)

One of my favourite songs Carver and I did not know the background of the song. For some reason I always associated this with nuclear disarmament protesting. I wonder where I got that idea.

I know the song... yes it was/is sad...beautiful photos BTW

Great take on the theme and yes like others couldn't resist singing!! Happy weekend.

Very sad story. What a principle man in the face of intense pressure.

Beautiful photos for this week Carver. :)

How clever of you to think of this connection and how sad that it was a true story. I hope we have moved on from those times and they will never return.

I loved the pictures as a way of seeing the song. He was one brave man.

As soon as you mentioned it, the song was playing in my head as I read your post. Happy hunting!

I had NO IDEA of that! such a wonderful post you've done here. I love that song even more now!

this is cool miss carver, I spent the decade of the 60's in the army, missed all that free love, drugs, woodstock, holy crap, where did my flowers go...

this is cool miss carver, I spent the decade of the 60's in the army, missed all that free love, drugs, woodstock, holy crap, where did my flowers go...

I love that song, it is melancholic. Lovely places, Carver.

I never knew that about the song, makes the song very sad- but also very proud of his answer to the committee.

I like your mention of buttercups- rarely see them anymore, used to hold them under our chin to see if they reflected which meant we were oh sooo sweet:)

This song is one of my favorites too!
I love your post!

I don't know this guy, but I know the song ! it was song by Marlene Dietrich (originally in German) for the soldiers in World War II !

Oh I knew that song looooong long ago! I remember it from Peter, Paul & Mary though! Didn't know Pete Seeger did it too! Great post!

Love your photos and the history to go with them...it was a sad time in our history wasn't it. Thank you for reminding us...we need to remember so as never to repeat it!

Stop is and say hello if you get a chance.

I have mine up today, too. I hope you can visit and leave your link! That would make me happy!
http://newyorktraveler.net/photo-hunters-sad/

Has it come full circle again ?
Your country seems perilously close to it.
Let's hope 'Times, They are a Changin'.

heard the song. its' beautiful. i like the green.

I will now be sining that song all day long!! Nice post :)

Oh really pretty flowers but if its gone sad to see go...TC

Thanks for the back story.
Best wishes

Beautiful photos! I love that green!
Nice idea for the theme this week.

I guess we all have our dark moments. I think he was fortunate to be able to express his in a song.

A thoughtful, sobering post -- thanks for reminding me that there are so many things we should not take for granted.

love that song... always have.
nice photos to illustrate it

Beautiful shots, Carver. Happy childhood memories of a lush field of buttercups in juXtiposition to unhappy times of conflict. Loss of innocence is sad... The courage to stand firm for one's convictions is commendable.

Anne Coulter..Coulter writes in a new book, “Godless: The Church of Liberalism,” that a group of New Jersey widows whose husbands perished in the World Trade Center act “as if the terrorist attacks happened only to them.”
She also wrote, “I've never seen people enjoying their husbands' deaths so much.”

What a patriot..but are things that different now? People are listened to without a court order, taken into custody and held with no rights..It is a very scary time for freedoms in our own country..

lovely post and beautiful pictures. I couldn't hear the song though, as my pc speakers are not working for a couple of days now.

Thank you for visiting MDS.

I am not playing this week...but what a great take on the theme.....and yes I do remember that song....

Terrific flowerless photos... very creative how you put this together :-)

Pete Seeger... the hammer. I think I always associate him with the hammer song...

That song has always had a place in my heart. I've always felt it to be almost unbearably sad.

Nice job for our "sad" theme. That song gets me everytime. I didn't know the history behind it.

You've been very creative with your sad entry! I had no time for photohunting myself this week, but I chose you for an award! :)

I loved that song. I never knew the background though. I always thought it was about the war. I also forgot all about buttercups. Great post!!

This was a terrific post on the theme today. I didn't know anything about this but I showed it to my husband and he remembered what you wrote about Pete Seeger. I still like the song!

Very nice take on the them! :)
My sad photo is here.

Thanks for sharing these great photos and a video clip of that song. He has such a soothing voice.

What a sad song.
I can recall times in my life when I wondered where have all the flowers gone too.

Great post! I love learning "the rest of the story". Sad to say we've come close to returning to those horrible days. Looking forward to January 09...the end of an error! Thanks for stopping by Spatter...

Even though this song was newly written it was a standard of the folk music revival in the late '50 and early '60's. Like many folk songs it is remarkable in its simplicity yet it carries a strong message that is timeless. I believe it will be remembered and sung by both young and old for years to come.