July has been very humid so far. 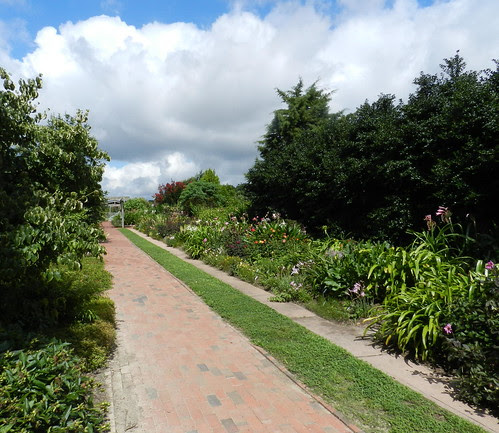 The photographs in the first part of this post are from J. C. Raulston Arboretum at NCSU. 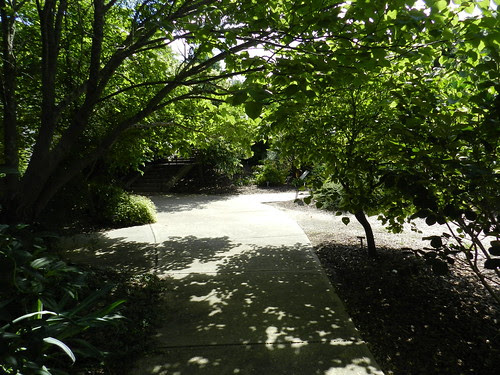 This summer hasn't been as hot so far as many summers. 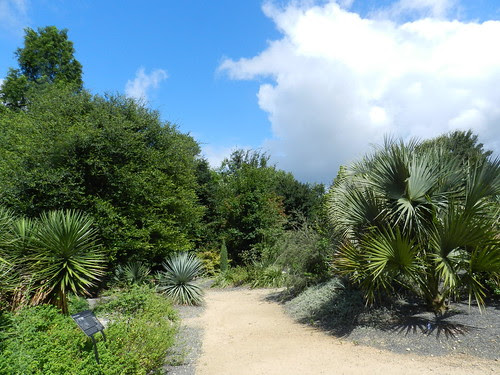 The humidity has made it feel pretty hot and oppressive at times even when the actual air temperature isn't bad. 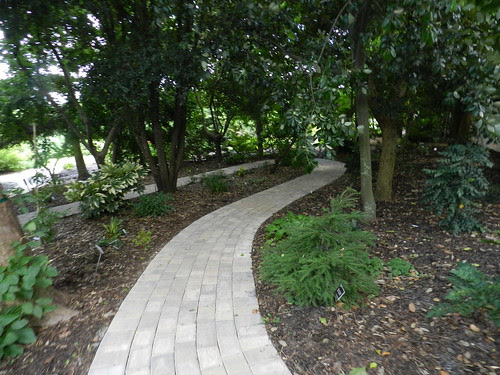 Having far more rain than usual has kept everything very green and lush. 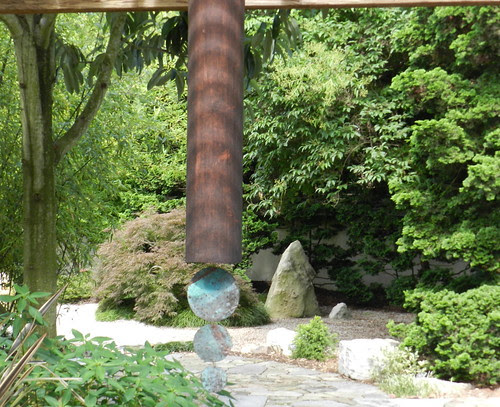 I can't remember a prettier summer as far as the plants go. 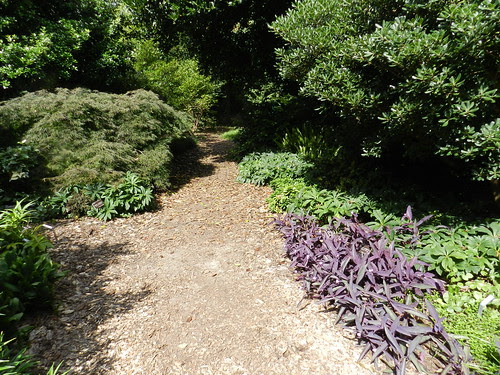 Having rain almost every day has gotten old but it does have some benefits. 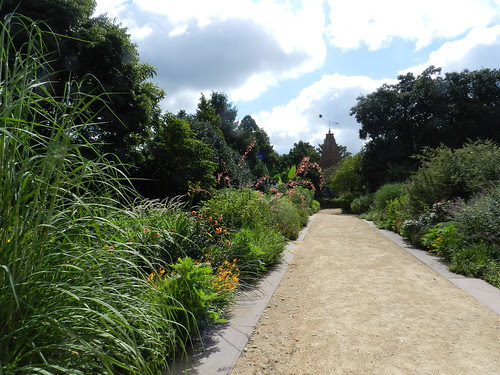 The main thing I'd like to see is a little less humidity because it slows me down so much. 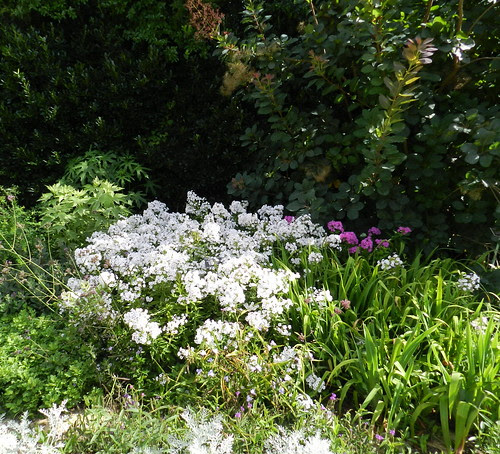 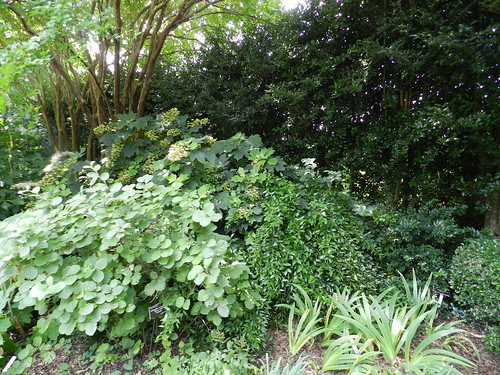 I started to say the big advantage of plenty of rain is how green everything is but I think drinking water would come before green vegetation. Food crops doing well is also a big benefit of plenty of rain and not too high temperatures. 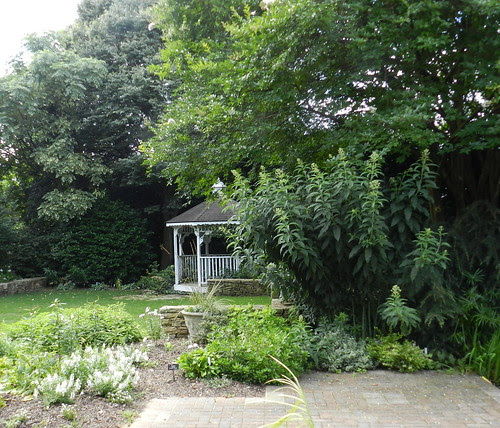 I remember when we had our last drought the most unsettling part was how newspapers would say how many days we had before the reservoir that supplies my city's water would run out of water. 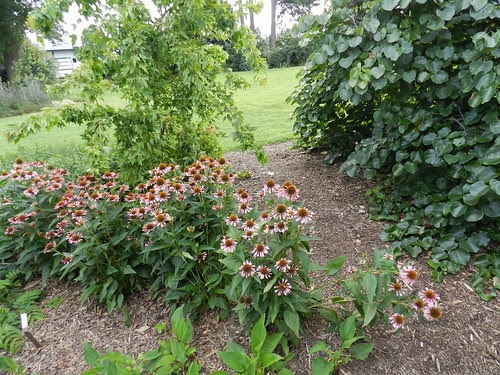 Even though the drought was years ago I still remember how it felt to have a daily report on how many days we had left with water unless it rained. 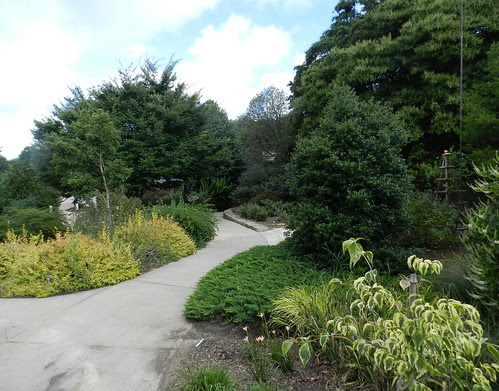 The American Robin on my deck looked like it had something to say. 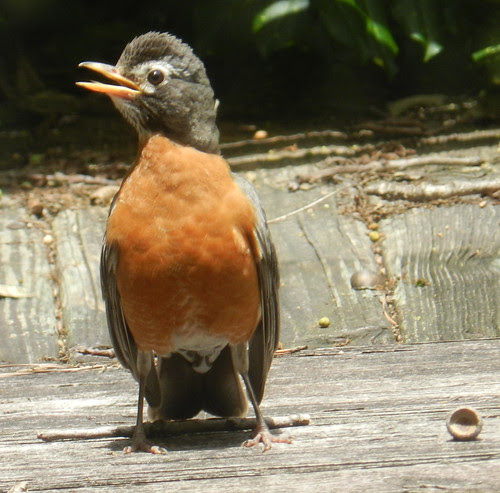 The female cardinal looked like she was turning her nose up at the juvenile robin in the bird bath. At the top right corner of the shot a finch has his head in the frame. 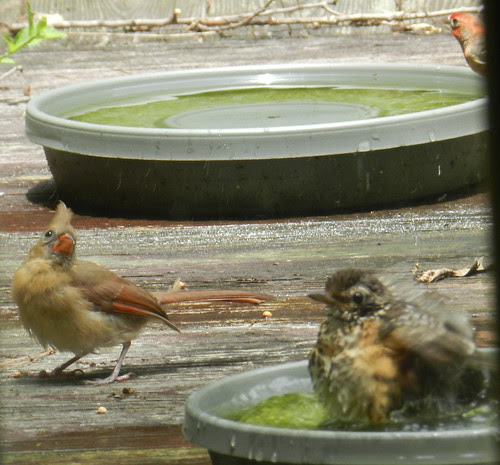 I love how soft the female cardinal's feathers look below. 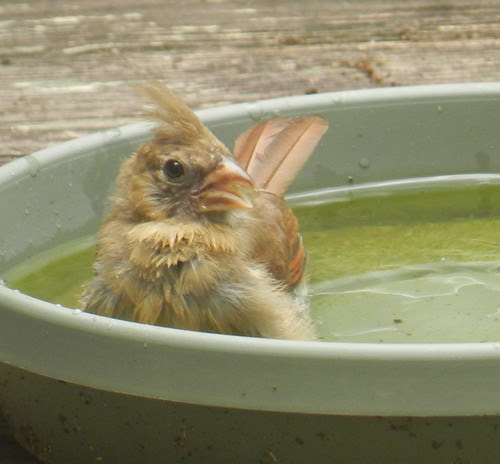 The next shot is of a juvenile cardinal bathing. 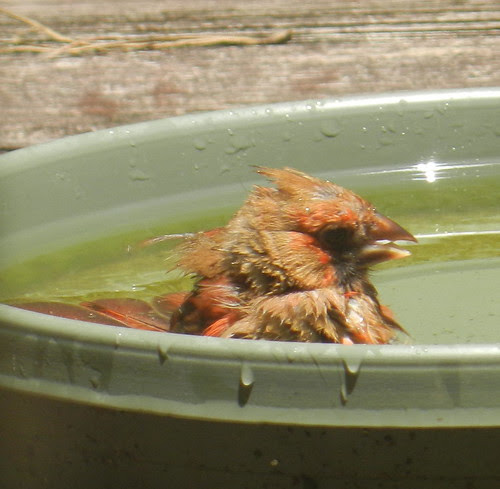 The male cardinal below looks like he's considering a bath. 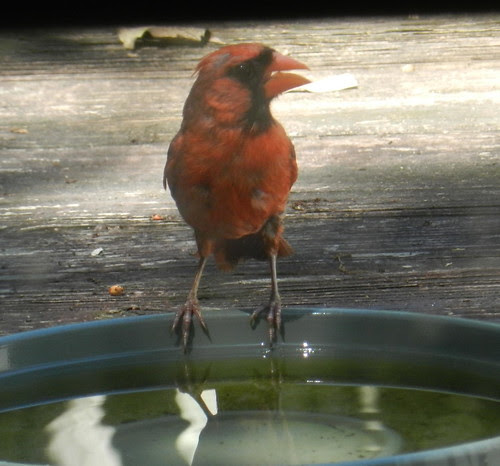 The juvenile cardinal below took a long bath. 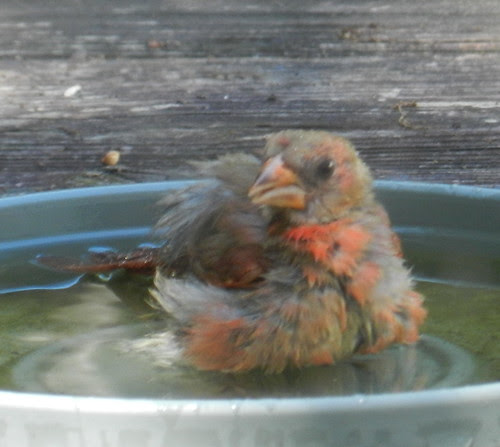 Some birds hop in and out of the bath but others will stay in until another bird shows up. 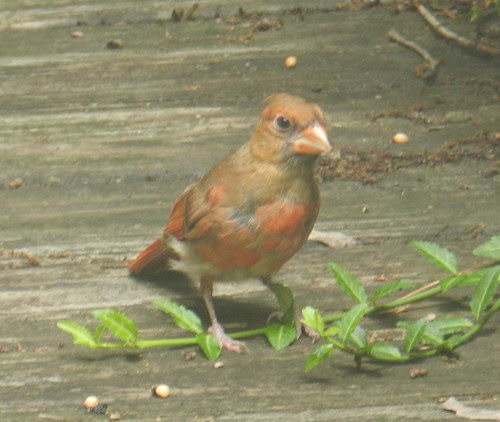 The juvenile robin below looks like he's stretching out his legs. 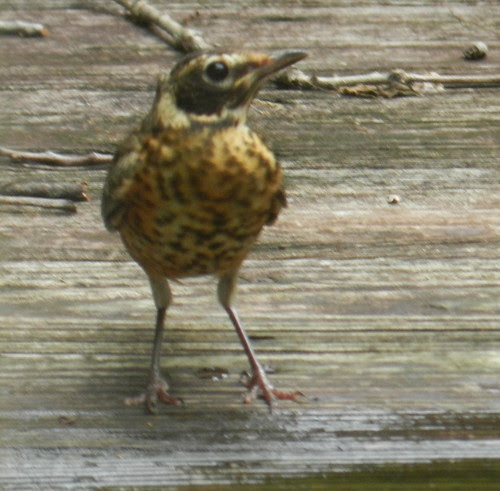 The adult American Robin looks like she's had a bath and was blow dried. 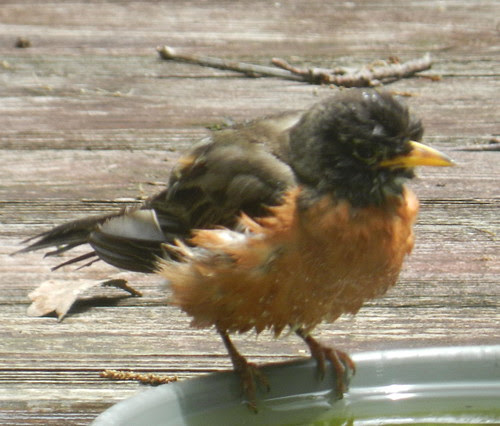 Click for the home of Nature Notes.
Posted by Carver at 8:34 PM

Sweet photos of the birds, bet they relish the water in all this heat. I love to see the ones in ours and know they are enjoying it. Great pictures of the garden, looks like a beautiful place.
Have a great week Carver,
Denise
An English Girl Rambles

Enjoyed your tour of the arboretum. The robins are so sweet. I can't stand the humidity - I've been staying indoors in the middle of the day. Early morning and evening is when I'm at peace.

The arboretum looks like a great place to wander although I'm sure I'd not welcome the high humidity.

The temperatures have ramped up a little here (UK) after a very cool, wet spring so now we need more rain ... never satisfied!

It's wonderful to be drought-free, I agree. But the humidity has been oppressive...at least her in Ontario!

I see you have had a lot of rain also. Our area looks like a rain forest. Love the shots of the birds!

Wonderful shots of all that lush greenery, and those darling birds!

The humidity here has been nasty, with rain every day. But last year we had drought conditions, so I try not to complain too much. Beautiful shots of the arboretum, and I always enjoy your bird in the bath pics.

Lovely place to visit.. I think we have one here. I should check it out. Love the robin..it does look like it has something to say..Michelle

Summer looks wonderful at your house! And I would love the Arboretum.

Your bird bath is such a great thing for the birds -- and for their personal photographer and her fans!

Carver, I loved your tour of the arboretum. Everything is so lush and beautiful. And I always enjoy your birds bath time, great captures. Stay cool and have a happy week!

Your thoughts on the humidity and the beauty make me think of my mom's saying that you have to suffer to be beautiful. In all things....