When I feed the birds during cold weather, I see the nuthatches more often. 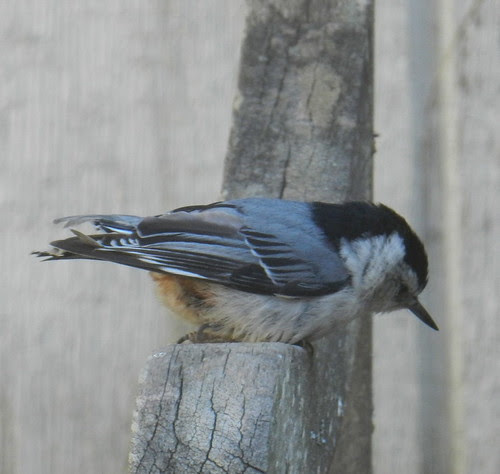 The carolina chickadees are another bird I spot more frequently in the winter when I help them out with food and water. 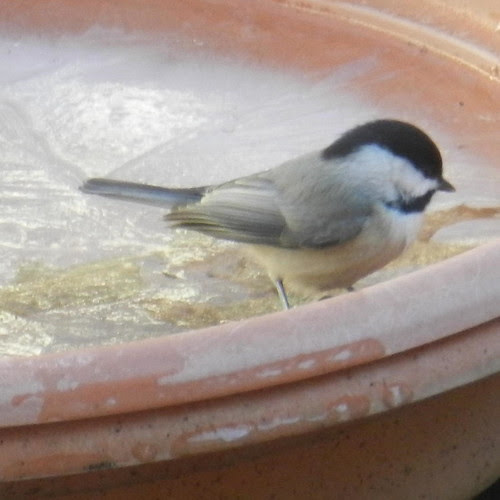 The tufted titmouse is another bird that arrives for winter help. I had trouble keeping warm water in the baths during the extreme weather early this past week. 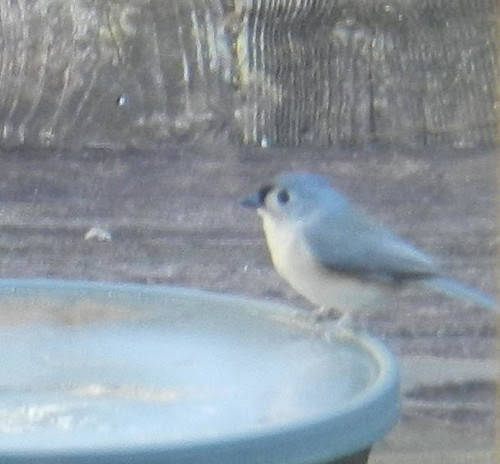 The male rufous-sided towhee was having a snack. 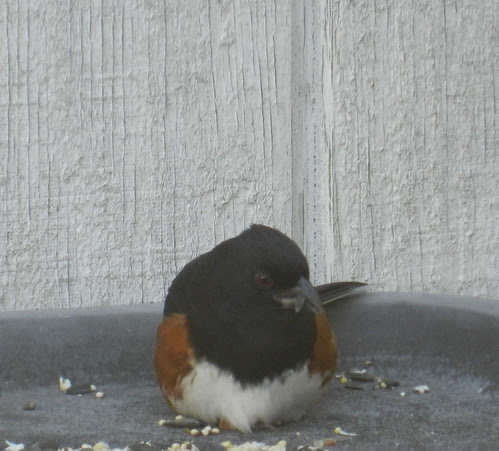 The cormorants were on their favorite perches at the lake. 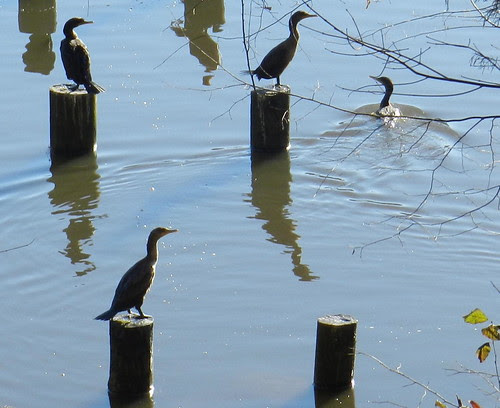 Part of the week a fair portion of the lake and creeks were frozen. 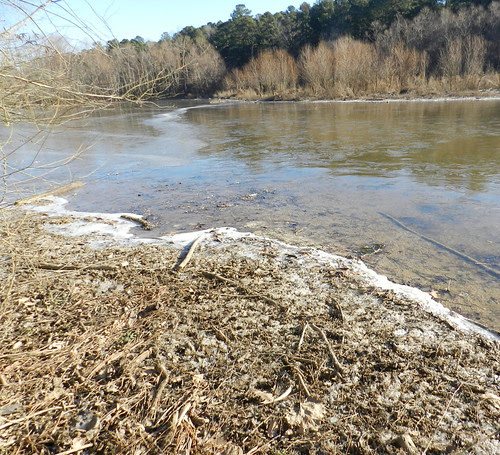 The ground went snap crackle pop went I walked on the banks for photos. 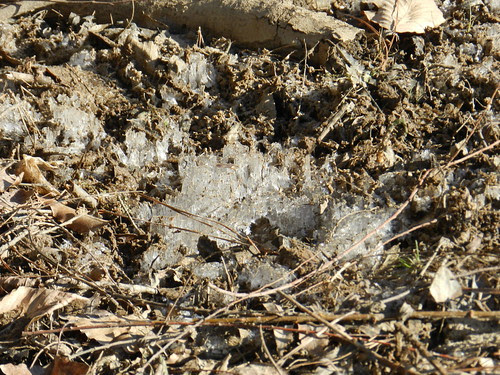 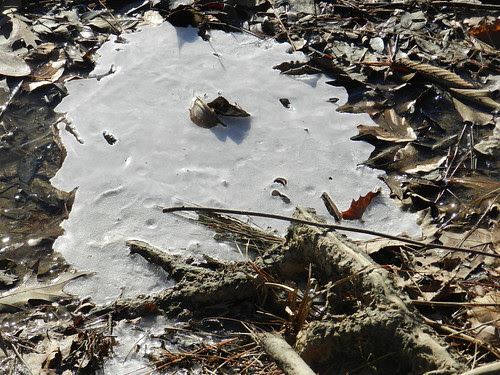 There were a lot of gulls hanging out. 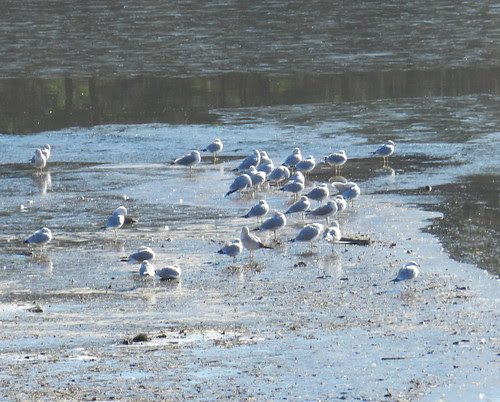 The heron was several feet away from the gulls. 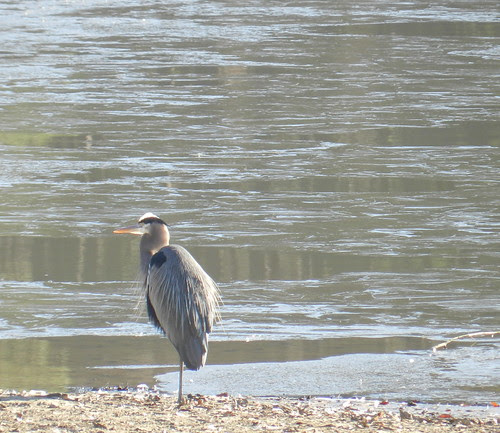 I wonder how the cormorants always manage to stake out the pilings for their perches.

The next morning the birds watched me put out food at sunrise. 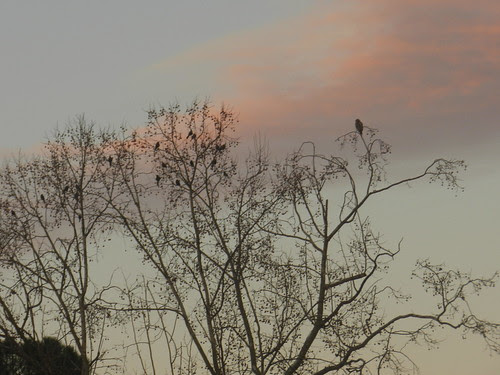 I went on another walk at the lake to get some more ice shots before the temperatures went up. The reason I titled this post weird weather continues is because we had close to a 60 degree difference in the warmest and coldest temperatures. 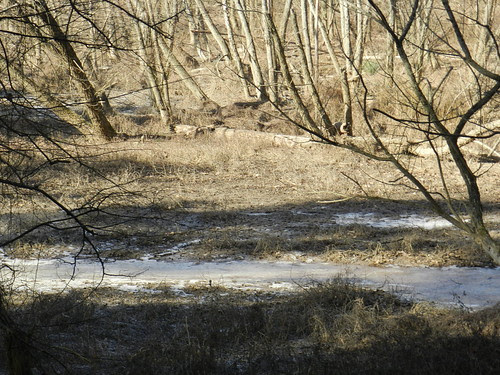 To me the strangest part was Friday night when the temperature went up instead of down as it usually does at night. 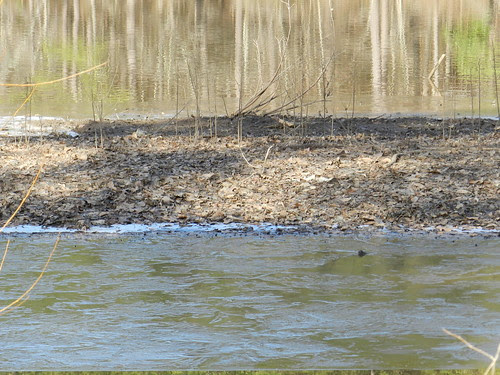 Saturday afternoon we had very strong winds and rain so hard it sounded like hail. 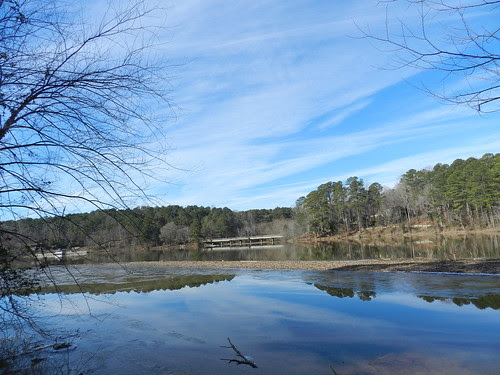 There were even tornado warnings for part of the county I live in that afternoon but I don't think any materialized. 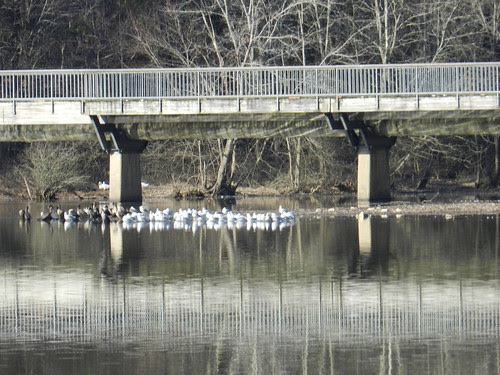 The sky was gorgeous on Thursday. 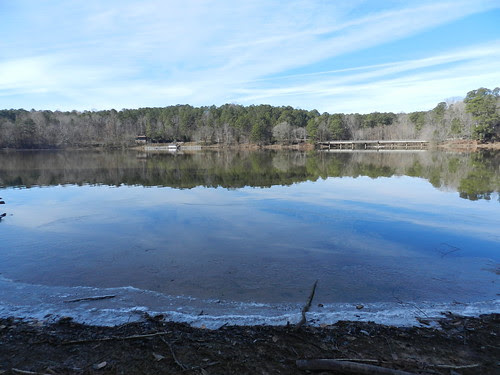 If I was a few decades younger I would have been tempted to slide around on the frozen flooded bank below in my sneakers. 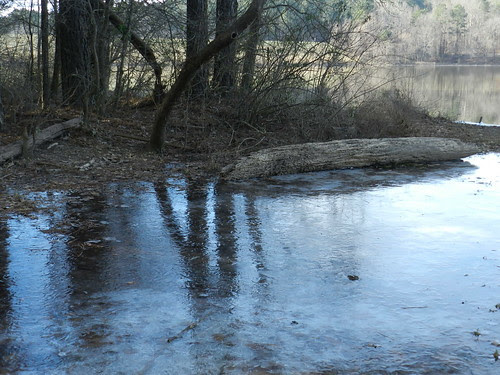 I could hear the female cardinal thinking, I'm ready for some fresh water please. 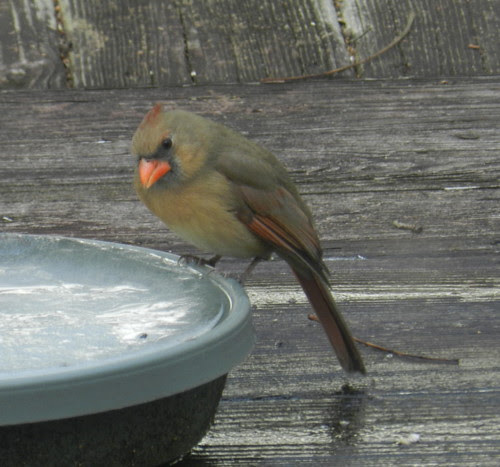 The rest of the shots were taken Sunday after the lake and creeks had thawed out. 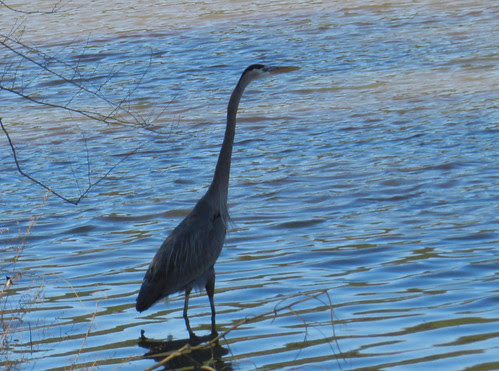 The water birds were jubilant about the warmer weather although it's not going to last long. 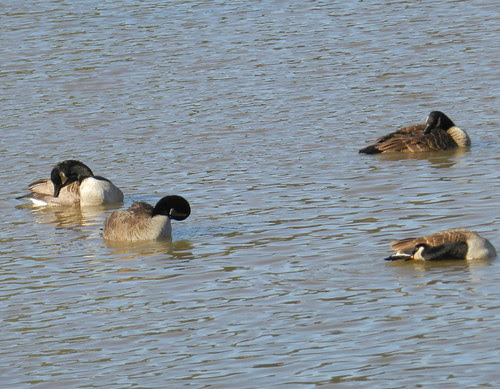 The picnic table in the lake made me laugh. It certainly goes to show how much flooding there was. 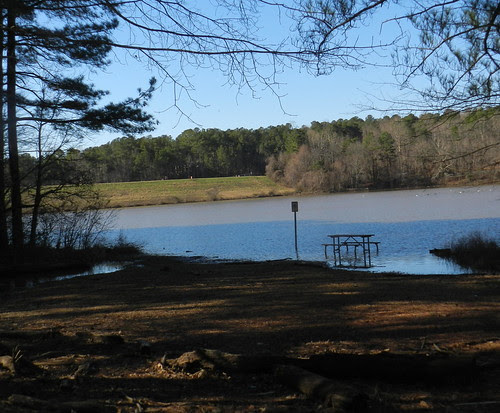 The bad part about the flooding was that on the very cold days and nights, there were puddles of ice on the roads and gutters and it was necessary to be careful even though our rain was on the days when it was above freezing. My point is we didn't have snow or ice storms but there was still a lot of water from the rainy days when we had temperatures as cold as 10 degrees F (- 12.2 C). 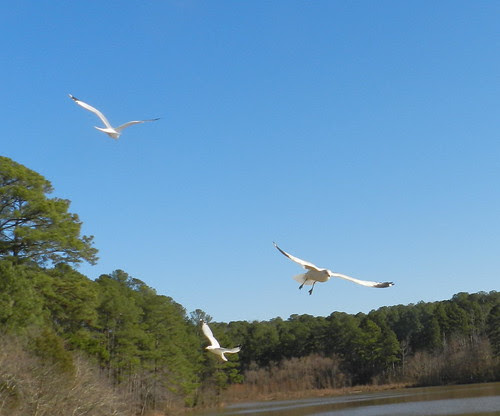 Click for the home of Nature Notes. I'm posting early as I sometimes do.
Posted by Carver at 2:55 PM

Beautiful images of birds and landscapes. You live in a wonderful location. Around you have a lot of nature, it's fantastic.
Greetings

Such a beautiful landscape and so wonderful photos of birds and scenery! Absolutely amazing!

I enjoyed looking at each and every one of these photos Carver. I've never seen a Rufous Towee before. He's a very interesting bird. Have a great week :)

Wow...that must have been really hard on humans and wildlife .... Thanks for helping out.... Guess I had better get going on my NN post.... Michelle

Loving every one of these pictures .. but my biggest smile is Ms. Cardinal with her quizzical look, saying 'where is that person with my fresh water?" Strange weather patterns everywhere....

I always love the birds you post for Nature Notes, Carver, and you also found some fun reflections!

Y'know how I love birds, and birding!! Your site today was an extra special treat. Such lovely, lovely images.

Love the Towhee - I have yet to see one around my property... Thanks for sharing!

Such a great variety of visitors to your yard! Your shots around the lake are always wonderful!

What a wonderful variety of birds to photograph! They are just lovely, especially the cormorants on the posts!

Lovely series of birds and photos, Carver. The ice is dangerous for walking and driving..Have a happy day!

Heart shots. The birds silhouettes across the blue lake are beautiful!!

loved the images of the cormorants each sitting on it´s pole. :)