The first part of this week's nature notes includes photographs I took Friday at the NC Museum of Art Park. 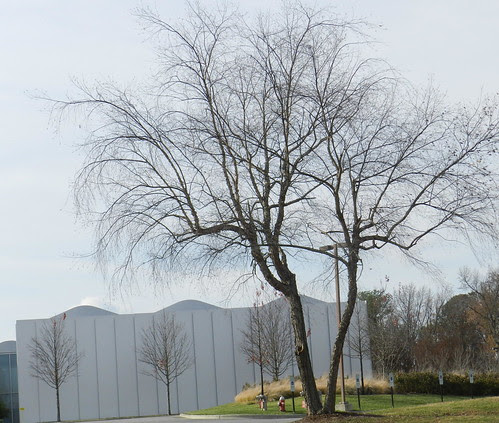 Although I've recently spotted bluebirds at my house, the one below that I photographed at the Art Park is the first that has stayed still long enough for a photograph. 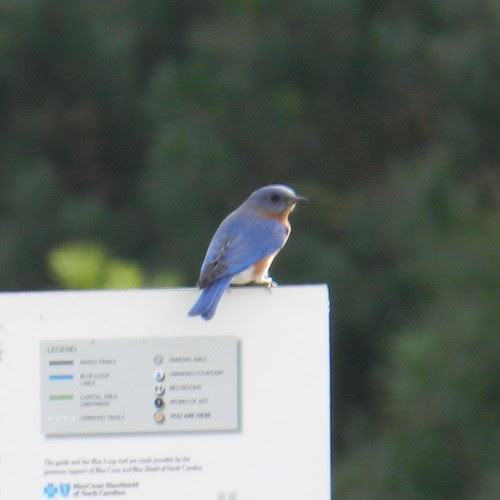 As part of the museum expansion, the pond was improved. 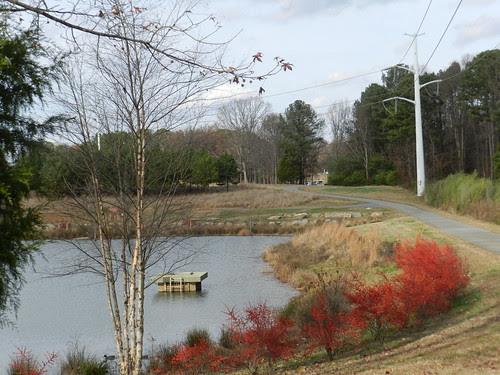 The italicized part that follows explains the pond and is taken from the NCMA site. 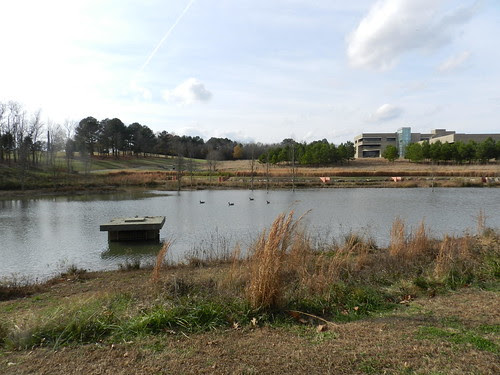 With generous support from the Clean Water Management Trust Fund, the Museum’s retention pond was redesigned to aesthetically control and clean storm water before it enters North Carolina’s streams and rivers. 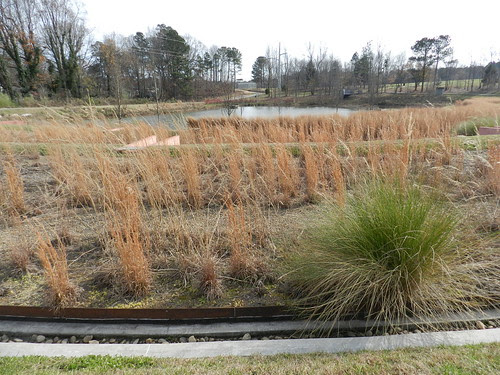 Terraces are planted with native perennials and ornamental grasses. As water moves across these various ecosystems, pollutants are filtered from the water via plant roots and soil particles. 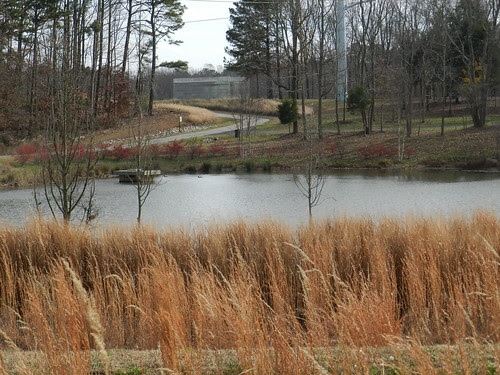 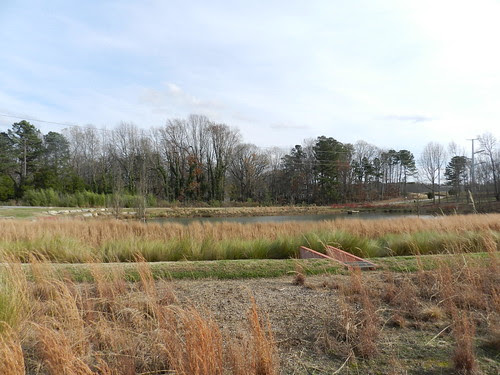 The sculpture gardens close to the museum with reflecting pools are also designed with sustainable environmental standards. 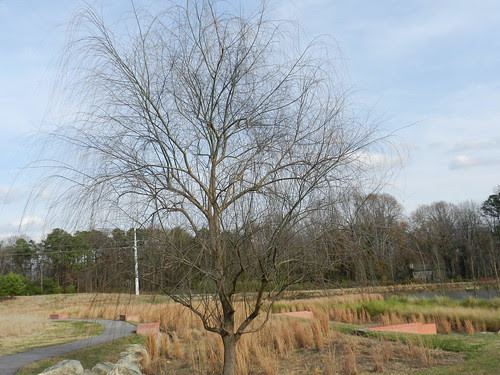 The museum and park are on a 164 acre campus which includes trails and various habitats. 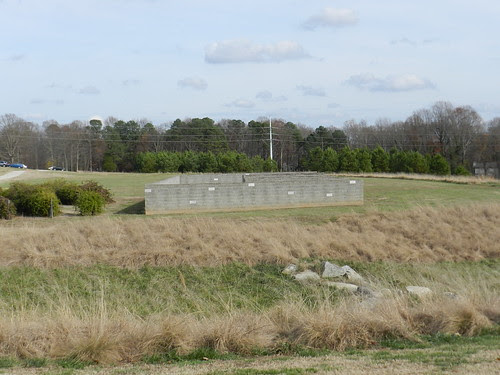 I find the winter browns and tans very beautiful in their stark way. 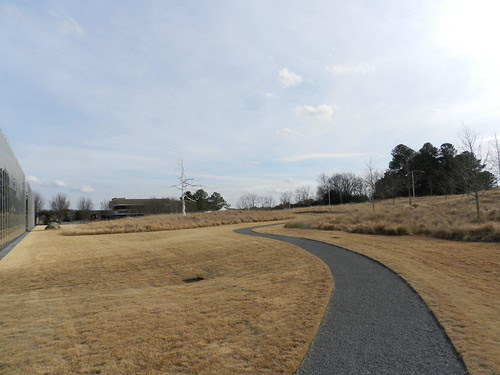 I like the fact that so much of the landscape has native grasses. 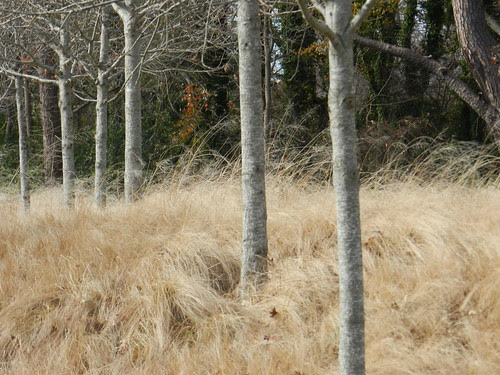 The rest of this post will feature the usual suspects, my home birds. 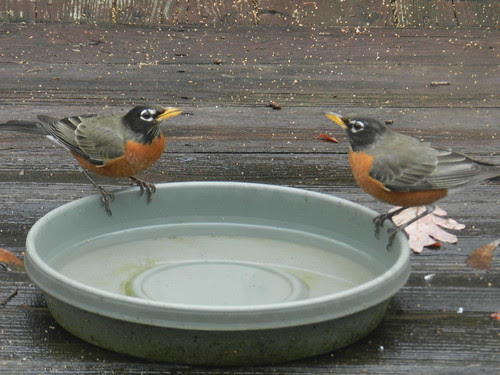 The robins come out on the warmer days but tend to stay hidden on the colder days. 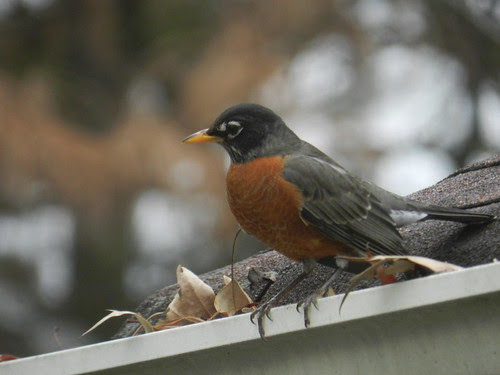 We've had frigid cold, cool, and warm days so far in December. 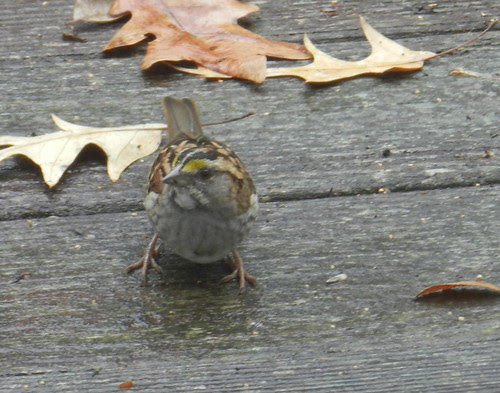 The sparrow above was on my deck as was the junco below. 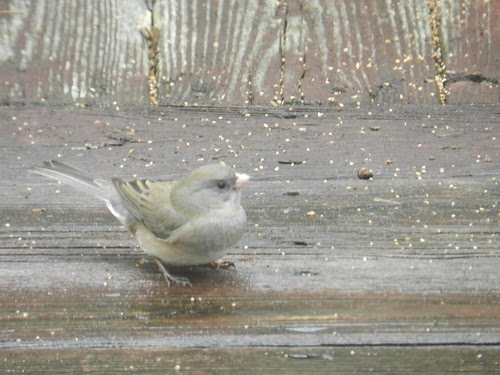 For some reason I see the juncos more during the colder winter days. 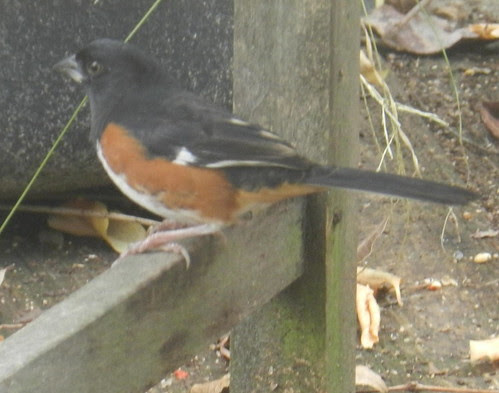 Above is a rufous-sided towhee and below are a bunch of robins. 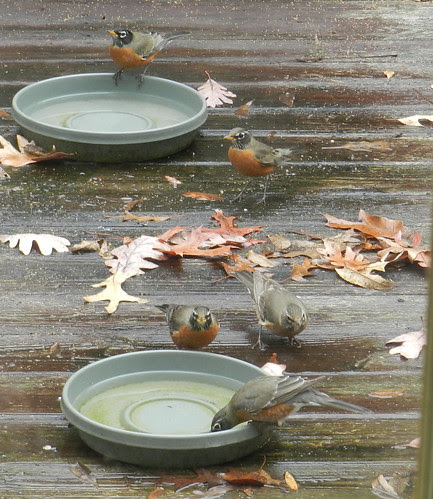 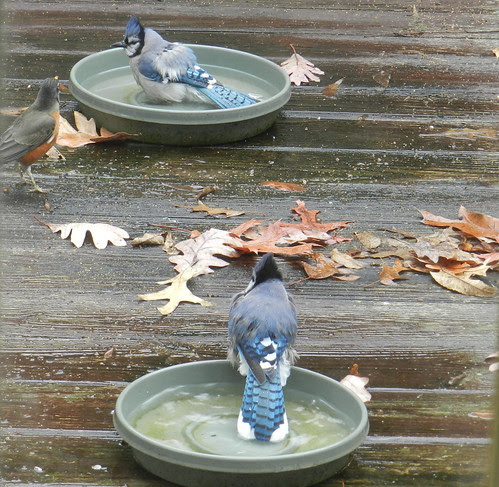 In the shot above on the top left it looks like a robin is tentatively trying to talk the bluejay into sharing the bath. 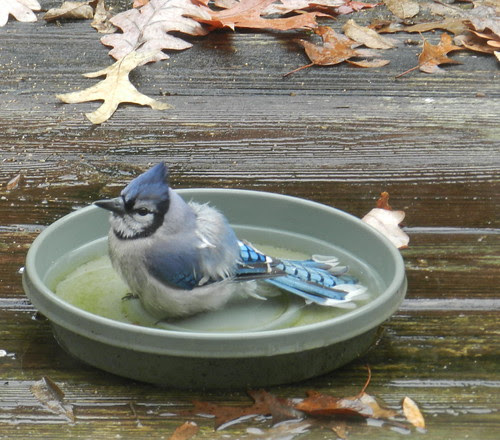 Below a brown thrasher is bathing. 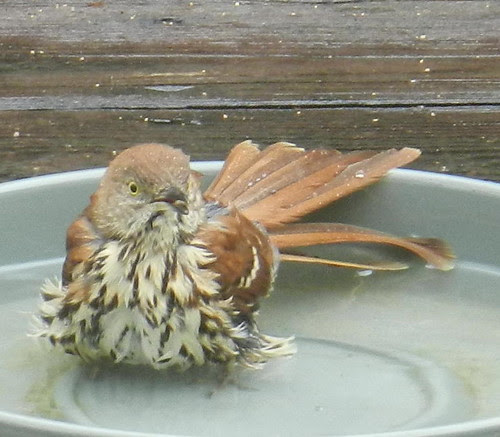 The female cardinal is perched on one of my deck chairs. 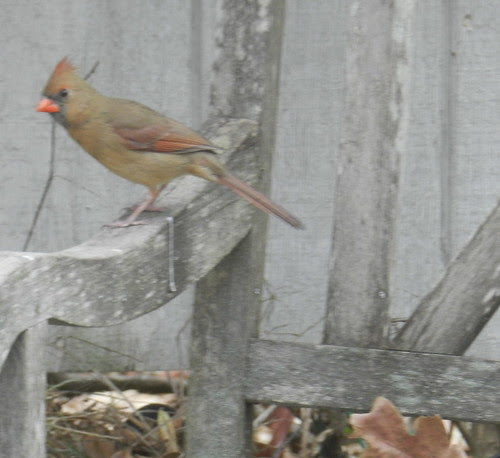 We've had mostly gray skies so any blue is welcome. 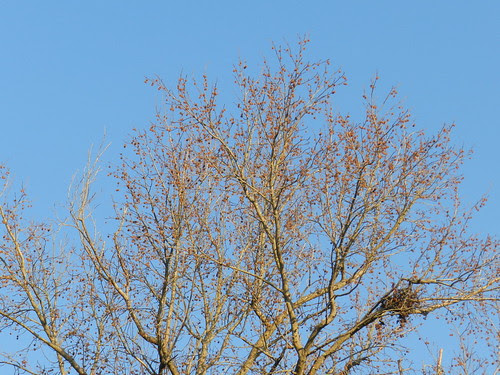 I think the male cardinal looks like he's laughing at a joke. 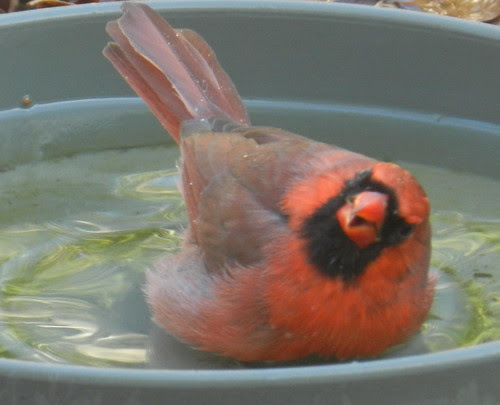 Click for the home of nature notes.
Posted by Carver at 12:00 PM

Hello ! You showed a beautiful place, terraces with plants and so a beautiful lake. Your photos of birds are fantastic. I like the blue birds especially those in the bath. The Cardinal is handsome as usual.
Greetings

Carver's Nature Preserve! It is so beautiful in your yard and surroundings. Doesn't look too cold so far.

That's a lovely place Carver and the birds are cute, especially loved the two robins on the water dish. We have snow today but the sun's out so hope that's the last of it for a while. Have a great day :)

I love these shots. My husband I moved to DC from NC where we grew up (me from High Point, him from Wilmington), and I miss it sometimes. I figure you are out on the coastal plain.

I am happy to see the effort to clean up the water after all the pig farming.

I am mad about rain gardens. I haven't seen a Brown Thrasher in at least two decades. The last one I saw was hopping around the Rayburn building in DC in 1977.

The Juncos come down from the mountains in winter months. I see them here too.
Dianne

What a fantastic park with so many lessons that we should all use and set aside land for.... Love the birds... Michelle