Nature Notes: as the month turns

We had a break in the heat during August but September arrived with a return to hot and humid days. 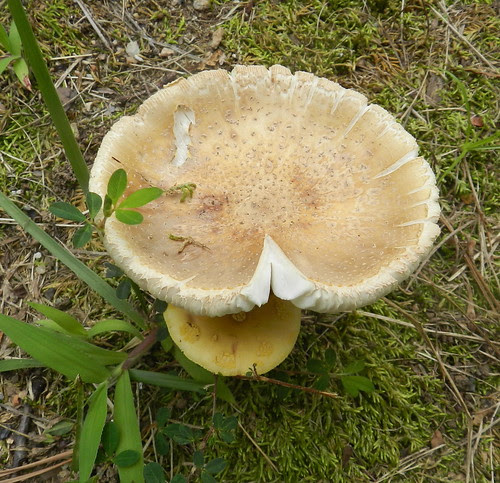 I've been photographing the mushrooms and other fungi a great deal. 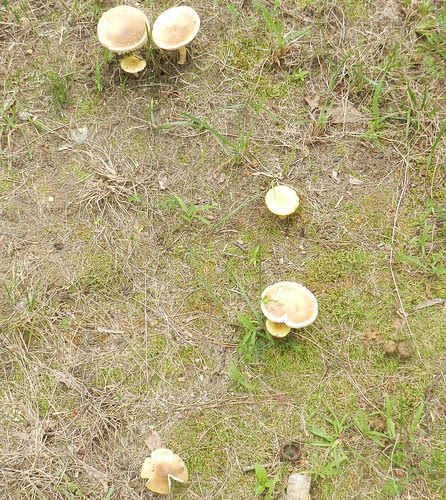 I'm starting with late August shots and moving into September later in the post. 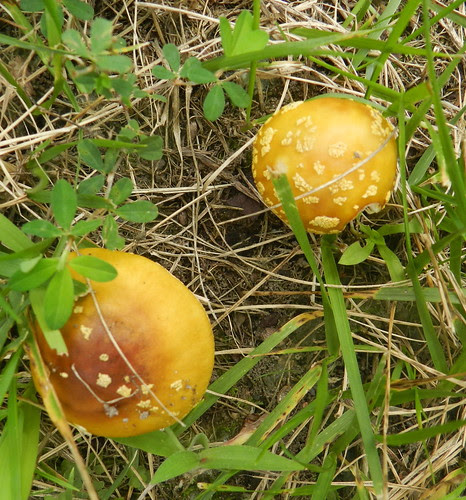 You'll be able to tell by the toadstools where it got hotter because they ended up baking in the heat and almost look sauteed. 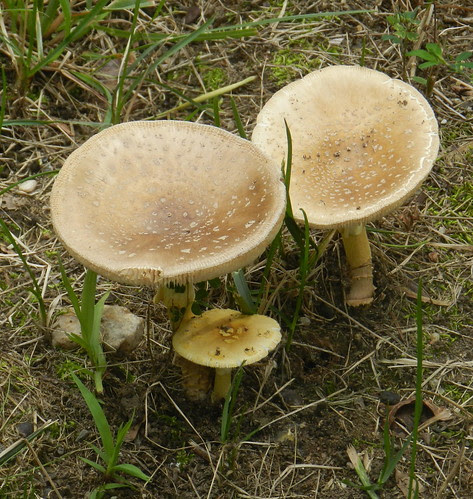 Fortunately the weather is set to go back to somewhat cooler days soon although still warm. 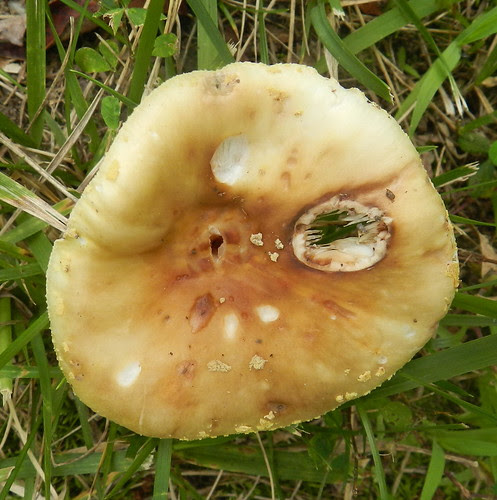 I am looking forward to fall and am ready for cool weather. 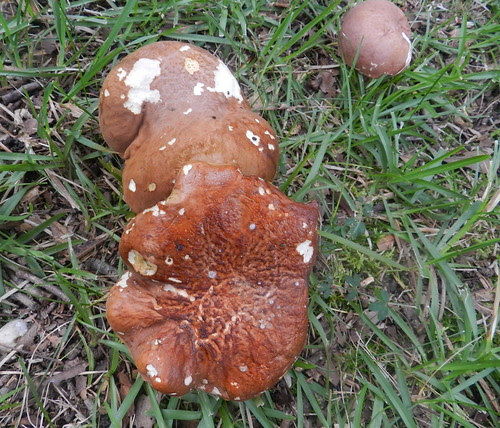 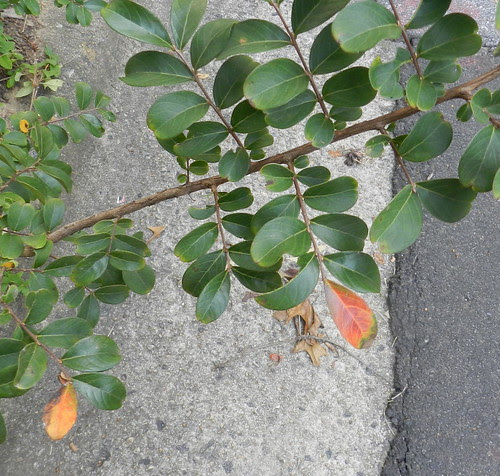 A few of the female cardinals still have their darker beaks. 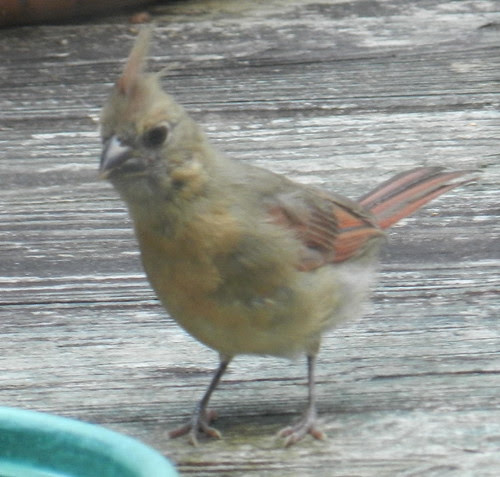 Next is an adult female cardinal with her grown up beak. 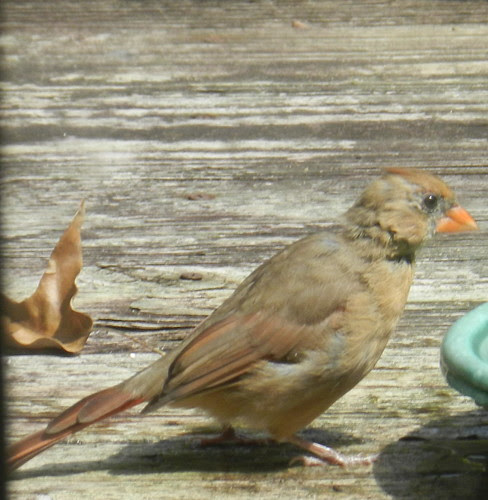 The male cardinal below is also an adult. 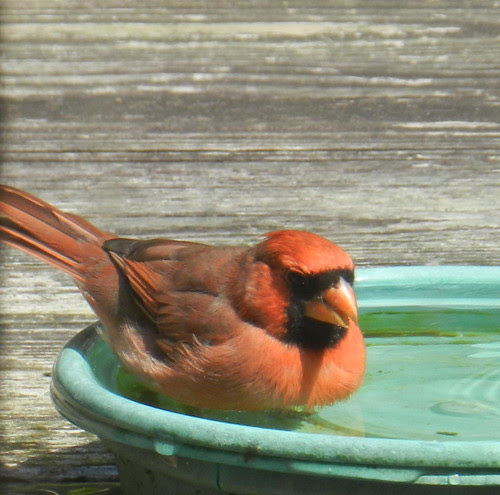 Looks like some thing was trampling the mushrooms below. 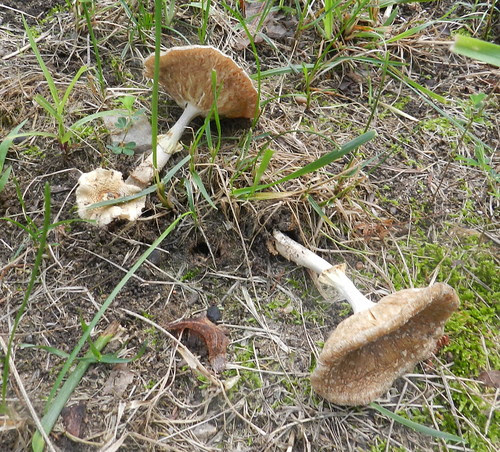 Now I'm starting to get to the baked mushrooms that are cooking from the heat. 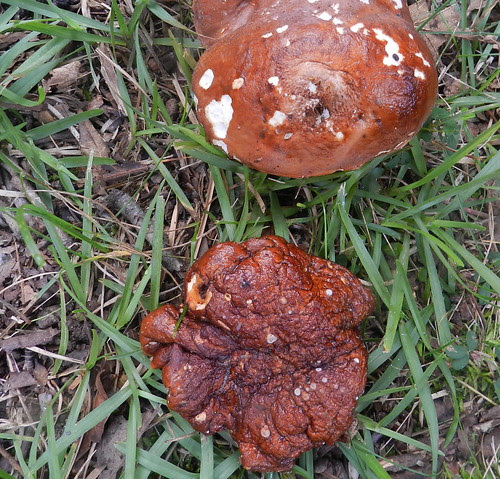 I don't know if the white patches come from something eating the skin. 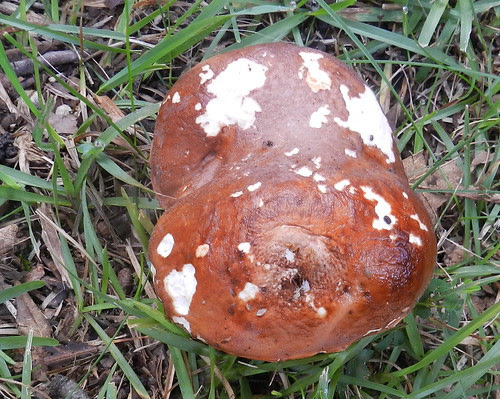 I enjoy the different shapes fungus can make. 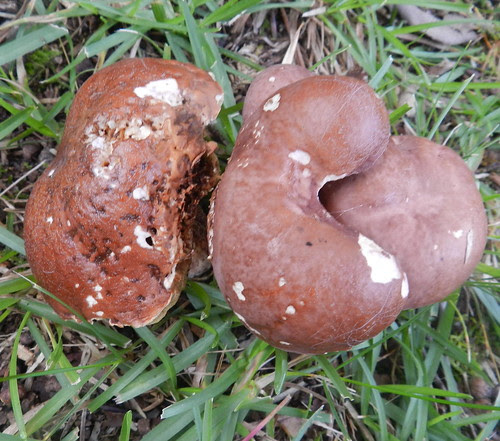 I think something has definitely been nibbling on the next mushroom. 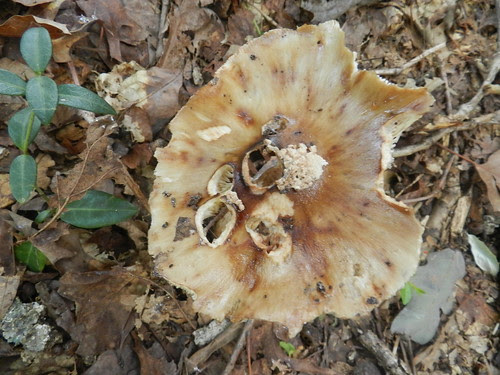 My pecan tree is full of maturing pecans. 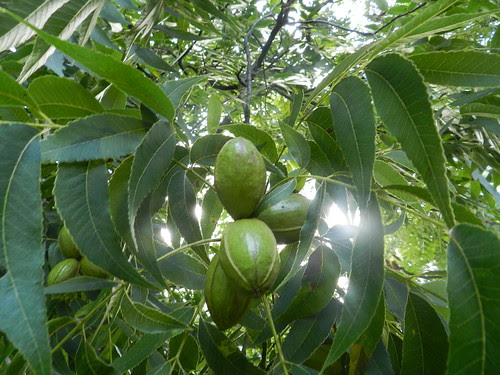 The cricket below jumped so high I thought he was an athlete. 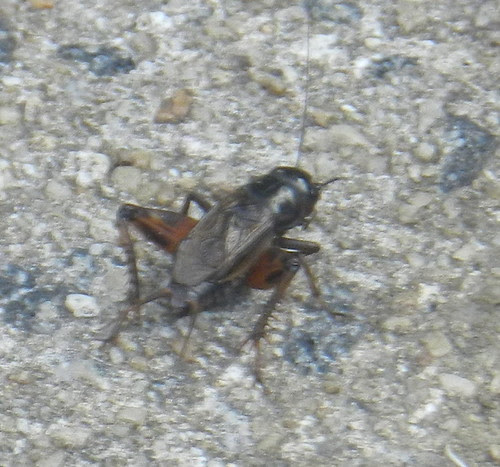 The dogwood berries are slowly but surely changing to red. 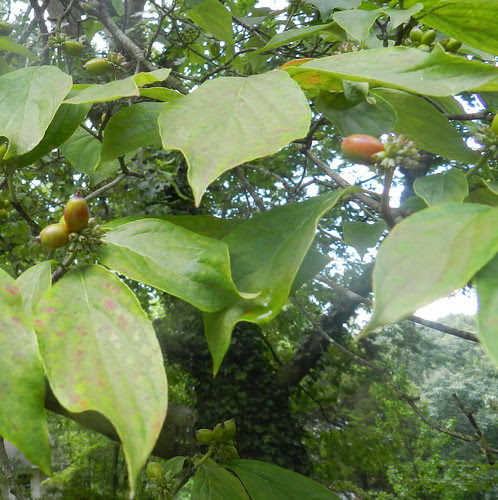 It does seem odd the way single leaves will already turn orange/red while others are green. 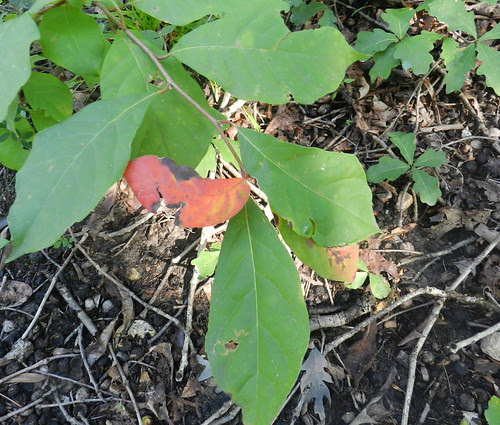 The signs of fall excite me so much I'm recording every sign I see. 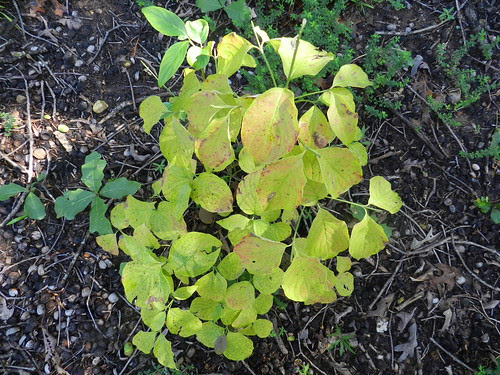 Click for the home of nature notes.
Posted by Carver at 5:04 PM

hm, reminded me of some mushrooms i should really go and look for. Nice shots.

Oh nice series Carver..I am fascinated by fungi..You posted a great assortment. I was so surprised to see a young cardinal being fed today.. It seems late, but then I remember they can have more than one brood per season...Michelle

Hi Carver, what a nice collection of fungi and mushrooms. I always enjoy your birds, thanks for sharing.

As a Primary Care Skin Cancer Doctor, patients often request mole removal as a preventative measure. In other words, some patients believe that removing moles reduces the risk of developing melanoma.

Hi there - fungi do make great pictures - they have such strange shapes.

A lovely variety here, all lovely nature shots that I really enjoy.

Mother Nature has been a funny gal this year. The cardinals sure are making the most of your water source!

I love mushrooms ! When I was a child I used to collect them with my Grandpa who knew them all !

Lovely turn-of-the-season post! Haven't seen any mushrooms or toadstools around here yet -- we usually have them.