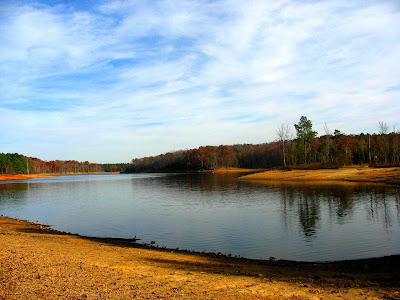 The photographs in this post were taken at Blue Jay Point County Park where Peggy and I stopped on the way to the farm house Saturday. The pictures are of Falls Lake and show the effect of the severe drought we are in. Falls lake is my city's primary reservoir and is at an all time low. On a totally different topic, I heard from the doctor's nurse yesterday regarding the biopsy on my three colon polyps. They were benign in terms of the pathology that was done. I am happy to hear that but I am not happy to hear that it doesn't look like the lab was given my melanoma history, so I doubt the additional tests to rule out metastatic melanoma were done. I told the nurse that I wanted to make sure the specimens would be available for additional testing if necessary and she couldn't have been nicer. I feel like a paranoid whack job but for me to celebrate, I will need to see the pathology report and if they didn't use certain stains when looking at the polyps under a microscope, I want them done. I do NOT think they are metastatic melanoma. That isn't the point. However, I do want them to do the tests needed to confirm that they are NOT metastatic melanoma. I am furious with the GI doctor. He was doing a routine screening ordered after a physical and since this wasn't something my oncologist ordered, he didn't want to hear about my history. 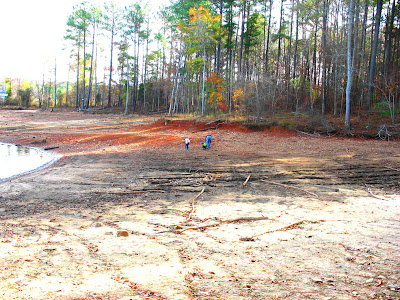 What drives me nuts is that I end up feeling like I come off as a paranoid whack job. It is so crazy because I do not think my polyps are metastatic melanoma. I also know I read too much. I do not think having the ability to read and research makes me an expert. I am NOT an expert. I am a liberal arts major who avoided science classes except for a track of courses I took in horticulture. The problem is that I've learned the hard way that you can't always trust a certain type of doctor. I don't know if the GI doctor is that type or not. Unfortunately he reminded me of the doctor who told me that my nodular melanoma was nothing when it first popped up. 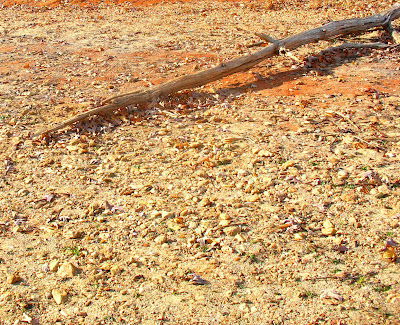 What these doctors need to understand is that I learned the hard way that sometimes doctors can be too cavalier. I went to a dermatologist because I had a blue black mole that bled around the edges. He dismissed it as nothing because it was symmetrical. Through the years it changed colors and became lighter, almost skin tone; it formed a dome shape but was always symmetrical which is what nodular melanoma is like. However, I didn't go back to a dermatologist for years because my melanoma was symmetrical and that doctor said it was nothing, based on that fact. I was lucky as hell that it wasn't any worse than it was. Yes, it was very deep and my prognosis wasn't great but during the initial staging, the doctors thought there was a good chance it had already spread. As it turned out, the only place it spread to was a node. My organs were clear and have remained clear. 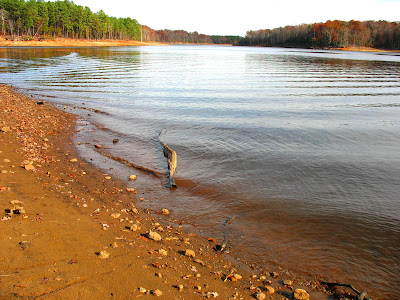 The irony about this entire colonoscopy BS is that I didn't want one in the first place. I am due a full body scan in March and I really didn't want any medical tests during the longest period I've had thus far without scans. However, since my gynecologist said I should get the screening colonoscopy and I agreed, I wanted to make sure that the doctor doing the procedure knew about my history. When he brushed me off, I started reading. Bad mistake. I read this study out of Beth Israel, Metastatic Melanoma Presenting as Multiple Colonic Polyps . I read that they are finding that it's not as rare as once thought for advanced melanoma to spread to the colon because the patient is often asymptomatic and that the involvement often isn't found until biopsy. I read that the risk benefit ratio isn't high enough for all cutaneous melanoma patients to have a colonoscopy irrespective of age or symptoms, but that the lab should know about that history of melanoma, when one is done as a part of regular age screening. The discussion in the study I linked above talks about how metastatic melanoma can present as colorless polyps in the colon which appear to be benign. 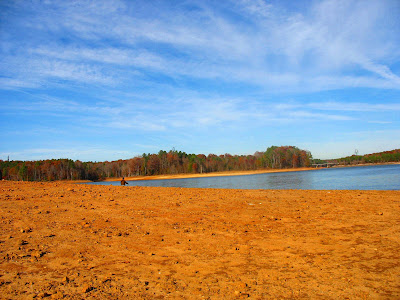 The fact that I can read does not make me a doctor, pathologist, or any type of health care specialist. However, I learned the hard way that when a doctor is dismissive of legitimate concerns, it is the patient's responsibility to become their own advocate. This should be simple. I requested a copy of the pathologist report. I have a regular appointment with my medical oncologist on December 20. Hopefully it will be simple. I'll take him the report, express my concerns and if further testing needs to be done to rule out metastatic melanoma he can get the original lab to run those tests. Then I'll find out what I already believe. The polyps are benign and are NOT metastatic melanoma. I'm not paranoid about this. I don't expect anything bad. All I want is to make sure that S100 stains are used when looking at the specimen under the microscope. I may have that wrong. I'm a dodo bird in a lot of ways and I'm not going to request specific stains but I know that's one of the stains that showed my positive node, as well as my nodular melanoma, as being melanoma. I already feel a little bit better. I had a very long appointment with my rheumatologist (oh boy another doctor) and I mentioned this to him. He said that the doctor who did the colonoscopy is good (he knows him) but that I should follow up on it. Turns out my rheumatologist had a patient who had melanoma which spread to his colon. Now if I was a normal person, that would worry me more but it did the opposite. To be able to talk to a doctor who gets it, gets why I don't want to let anything slip through the cracks, and says I should make sure everything that needs to be done is done, is reassuring to me.

I am glad to hear they came back benign. I do not think you are being paranoid in the least- If you are getting a test done, and you have a history, I agree they should run all the test. Not only to rule stuff out but for peace of mind.
Good to know about the mole thing. I have had a couple removed- but will keep a better eye on them now.

I'm glad that everything is fine so far but for your peace of mind you need to hear that these stains were done so follow it up in a firm but not hysterical way. You don't sound like an hysterical person but medical professionals meet so many of these types that they do try to ignore them.
The drought is a horrible thing indeed. I hope you get rain soon.

I agree about peace of mind. That's the main issue at this point. In terms of moles, nodular melanoma, the type which is symmetrical usually pops up fast. Since it doesn't spread superficially it can be confusing but my understanding is that unlike other moles which can change to melanoma, nodular is always melanoma when it first pops up so if you have existing moles that have been around a long time and haven't changed, the chances are they are fine. Of course always discuss anything of concern with a doctor. I think change is a big one. That's was my biggest mistake. Although mine never spread out superficially, it did change both in color and size.

That's good advise. I think being firm without getting upset is the trick. I tend to fume inwardly when I'm upset with a doctor because I don't want them to think I'm paranoid. I need to work on that middle ground where I don't back down but I keep calm. That's part of what I hate about the situation. I'm very sensitive to the issue of not wanting to come off as a hypochondriac. I'm sure it will work out.

I know it's easy for me to say, but screw 'em, you need to do whatever it takes to give you peace of mind...and you shouldn't apologize for it.

I've been working so much that I haven't had a chance to visit in a while. Your photos are breathtakingly beautiful, and so are your stories.

Thanks Medblog Addict, I appreciate that and I had to laugh at your screw em comment. It will probably be fine. I'm pretty sure the oncologist I see in a few weeks will take care of it for me. It does help me to spill out my frustrations here although it's also so odd that I can do it so publicly. I never used to understand blogging but I've jumped in head first over the past 15 months or so.

sigh. I know what you mean about needing to become your own advocate. For us, it was me who got on line and researched disorders; me who went to the pediatrician and said that I suspected something going on and gave him the dx. He told me that he highly doubted my suspicion but knew I would not give up until I found out for sure; sent us to genetics; only to find I was absolutely right on target. He always followed my suspicions after that. Now adult doctors... that is a totally other story.

I think it would be worse with a pediatrician. I know I would have had a hard time in your position remaining calm. I also know if I'd been diagnosed with melanoma when my daughter was young I would have worried a lot because I always worried about her skin anyway, because she got her dad's beautiful blue eyes and very light complexion. As it is I strong armed her into going to a dermatologist after I was diagnosed and they said she should get an annual skin check but so far none of her moles were of concern. Every time she comes home I run my fingers through her hair to make sure the moles on her scalp haven't changed and so far she humors me.

There's nothing paranoid about wanting to make sure doctors do their job. I find that male doctors often wrongly dismiss a lot of health concerns aired by women as paranoia or hypochondria. You're right to insist that they do whatever's necessary to put your mind at ease. I'm glad you've had good results so far - I'm sure everything will be fine, but you're right to question the medical personnel involved, if someone has not done their job properly. Take care.