The photohunt theme this week is pointed. My first thought, since this theme falls on the weekend of the fourth of July, was the pointed statements made by the authors of the United States Declaration of Independence which was adopted by the Second Continental Congress on July 4, 1776. 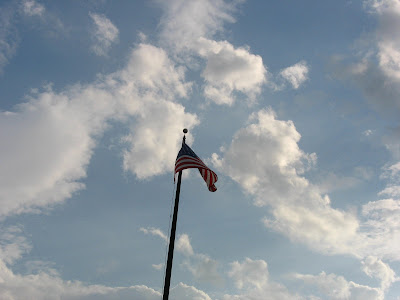 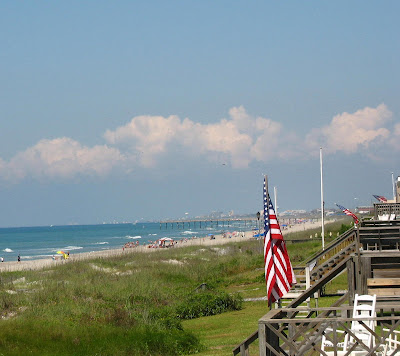 Part of what I love about my country is that it was founded with principals which included the right to protest and the right of the governed to have a say in the government. There have certainly been people (indeed entire races and genders) whose rights were not upheld during the history of my country. However, I think that the principles laid out in the declaration of independence set a standard for equality which eventually would lead us closer to living up to the promise of the words. 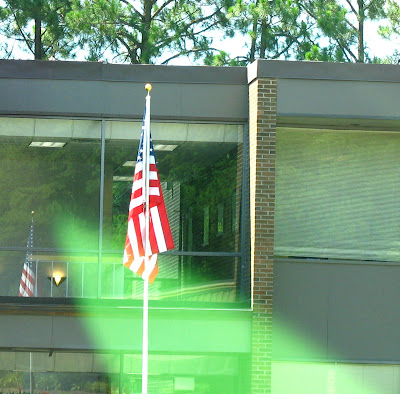 For me being patriotic can mean supporting our country by speaking up when we think our duly elected officials are making major mistakes. I hope I am not being too pointed when I say that I love my country and honor our flag but sometimes I emphatically disagree with the President and Commander in Chief. I am glad to have the privilege to cast my vote which I always do. I am grateful to have the right to shoot off my mouth with pointed comments which I often do. 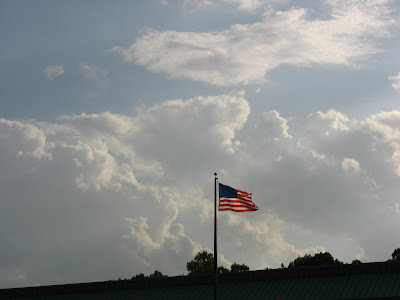 I think it is possible to support our military women and men by speaking out when we don't agree with them being put into harms way in specific conflicts. I believe that we can honor their sacrifices while disagreeing with the Commander in Chief. To me the anniversary of when the Declaration of Independence was adopted seems an appropriate time to make these pointed comments. 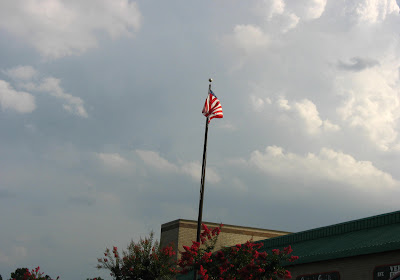 So I'll end this with some of the pointed remarks which are in the preamble to the Declaration of Independence.

We hold these truths to be self-evident, that all men are created equal, that they are endowed by their Creator with certain unalienable Rights , that among these are Life, Liberty, and the pursuit of happiness. 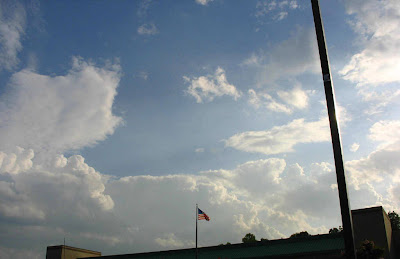 That to secure these rights, Governments are instituted among Men, deriving their just powers from the consent of the governed, That whenever any Form of Government becomes destructive of these ends, it is the Right of the People to alter or to abolish it, and to institute new Government, laying its foundation on such principles and organizing its powers in such form, as to them shall seem most likely to effect their Safety and Happiness. Prudence, indeed, will dictate that Governments long established should not be changed for light and transient causes; and accordingly all experience hath shewn, that mankind are more disposed to suffer, while evils are sufferable, than to right themselves by abolishing the forms to which they are accustomed. But when a long train of abuses and usurpations, pursuing invariably the same Object evinces a design to reduce them under absolute Despotism, it is their right, it is their duty, to throw off such Government,and to provide new Guards for their future security. 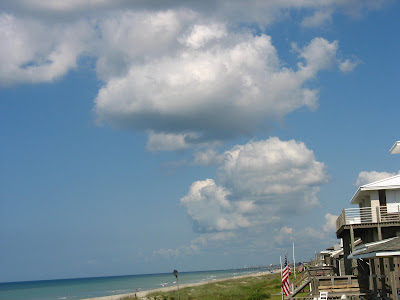 For all the flaws my country has had and in spite of an imperfect history (as is the history of all people), I get goosebumps when I read the preamble to the Declaration of Independence. Not only is it pointed, there are a lot of great concepts in those words.

Seems you are quite patriotic~ Good choice for the theme~!

Nice picture you have..

Have a lovely long weekend!

Well said, Carver! I think you captured exactly how I feel! Good job! And, great photos! Happy 4th to you, too!

Happy July 4th Carver. Even as a non-American I was very moved to see the Declaration of Independence in Washington DC a couple of years ago.

My entry is here

Stop by if you have a moment. Happy photo hunting! And have a great weekend :)

What a grand idea for pointed on the 4th! Well done. I love all your photos..
Happy Independence Day to you!!

Visit me in here

what a nice pointed you have :D

Mine in here and here Thanks

Happy 4th July Carver! I hope you have a great holiday. :)

Great choices for this week's theme. Have a happy 4th of July

Beautiful post... I hope the day is going well for you!!
Mountain Retreat Photos

So clever.. I didn't have one American Flag photo, I did think of it!! But I had nothing but SWISS ones.. I thought for July4th, it wouldn't be so patriotic of me! So I opted for other POINTED OPTIONS! Love your photos
Happy 4th Carver! (haven't made it to the post office yet)

Perfect catch for pointed theme!!! Mine's up too hope you can drop by... Happy weekend!

Excellent take on the theme as well as the holiday. I thought of getting some pointed fireworks, but we were rained out last night. Happy Hunting!

Happy 4th of July, Carver :) We used to celebrate this holiday too here in the Philippines.

Have a great weekend!

Happy 4th of July. Great shots of the USA flag.

Happy 4th of July to you. Great shots of the American flag. Thank you for sharing this interesting post about the United States Declaration of Independence.

What a timely entry. Happy 4th of July.
BTW, I look over the garden pics and they are great,too.

Woah, I thought I was being an early bird this time around with the Photo Hunting thang... but no, looks like a lot of folks were much earlier! ;b

Great choices for the theme! Happy 4th!
Scrapbooking and Photography

You got very nice photos here! Thanks for sharing:)

Well said! Patriotism includes the right to disagree when the elected leaders are doing the wrong thing!

Very nice - Happy Independence Day!! I almost posted us shooting some fireworks as the Roman Candles were pointed to the sky - but I didn't... hehe

That first shot is such a stirring image, Carver.

Really enjoyed reading the post too. Always such a pleasure to visit here.

I used to love 4th of July Holiday. All the hussle bussle stopped and people had fun.

Happy Independence Day there... and the pointed pole with flag to the sky. What a good way to tie up with the day. :)

Excellent and very thought-provoking post Carver. Lovely photos to illustrate it, too.

Thanks so much to everyone for visiting. Happy weekend.

Nice shots, Carver! I like it that you and your people really honor your flag!

This is a beautiful post for this weekend. Happy Independence Day AND Photo Hunters Day!

I did Photo Hunt today, too! Come see mine and put your link up. :)
http://newyorktraveler.net/photo-hunters-pointed/

It's wonderful to see so much patriotism! As always your photos are wonderful, Carver! =)

very nice flag and clouds shots, thanks for your visit and hope you're having a wonderful weekend

Thanks again to everyone for visiting.

Carver, I totally agree. Dissent IS patriotic, and what this country was formed on. Good for you for remembering how important your voice is!
Hope you had a great 4th!

Good choice for pointed with some great photos.

A marvelous post, Carver! Thanks for typing out the Declaration of Independence. When I read it I again am so very impressed by it! A pointed text indeed! The flag shots are beautiful! Thank you! :)

the flag is the best symbol for pride and hope of a country. happy independence day america.

Very nice post, Carver. We are blessed, indeed, to live in a free country where we can express our opinions and disagree without fear. Hope your weekend was delightful.

Nice shots and a great take on the pointed theme! Excellent post! Hope you had a nice weekend!

Thanks so much to everyone for visiting my photohunt post.