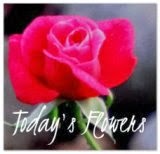 Monday I dropped off my new glasses prescription and photographed these flowers in planters in front of the store. Friday when my new lenses were ready I was surprised that all of these flowers had been pulled out of the planters. I suppose since these are summer flowers they pull them out of the planters before the first frost. It seems a shame that they didn't leave them in a while longer since they were so healthy. The shot above and below are flowers growing near where I work when I commute to the office. The last shot is a late gardenia on my neighbor's bush. I was surprised to spot it since I thought the bush was through blooming for the season. Click here for Today's Flowers and here for Weekend Flowers.
Posted by Carver at 4:30 AM

Oh so many beautiful flowers at your place... Have a fantastic weekend !

It really seems silly to me to pull up such well grown and still budding flowers because of a date.
Nice shots Carver.

They all are really beauties!

Such beautiful flowers! Seems also silly to me to pull them out! Such a waste!

Well... you saved those flowers for posterity, at least in photo form. That does seem silly to pull them when they still look good. The flowers at your office and your neighbor's gardenia are wonderful too!

It is too bad they pulled them as they are so pretty...